Syrian military intelligence officers, who have been accused of torture during the war, are receiving training in the UAE reports Al-Araby Al-Jadeed. 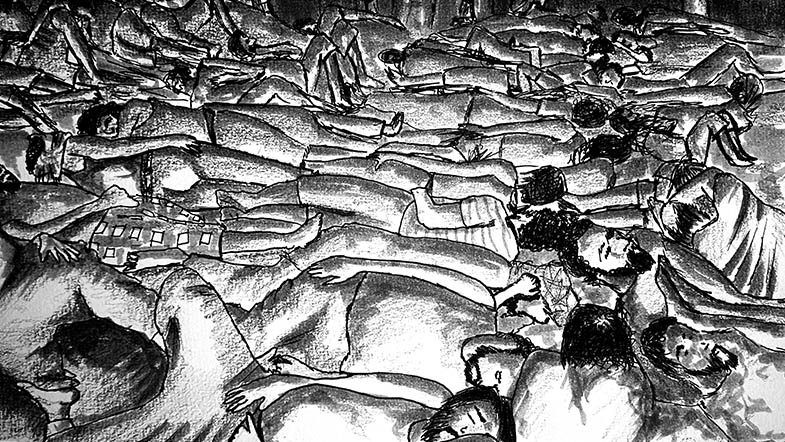 The UAE is training Syrian military intelligence officers and providing aid to Bashar al-Assad’s regime, according to an investiation by Orient XXI.

Syrian regime intelligence officers – thought to be behind the torture and murder of more than 100,000 detainees – are being trained by Emirati officials for between two and 12 months, starting on 15 January.

Thirty-one non-commissioned officers and eight civilian information and communication systems engineers are taking part in technical, scientific, and logistics training by the UAE, according to sources cited by the French publication.

Emirati officers have been providing support to the general staff of the Syrian army, while five Syrian pilots were allowed to train at the Khalifa bin Zayed military academy in the UAE, despite an official Arab League boycott of Assad after the regime brutally suppressed protests from 2011.

The trainees were supervised by four officers of the notorious Syrian intelligence services, including the cousin of Bashar Al-Assad, Lieutenant-Colonel Jihad Barakat, the report stated.

Abu Dhabi has provided food aid and medical supplies to hospitals located in areas controlled by the Syrian regime, since the UAE embassy opened in Damascus late 2018, Orient XXI added.

The Gulf state also financed the reconstruction of public buildings, thermal power stations, and hydraulic plants in the Syrian capital.

It comes after Crown Prince of Abu Dhabi Mohammed bin Zayed in March made his first publicly known contact with Assad since diplomatic relations were cut in 2012, during a video conference call.

Two weeks after the call, reports stated that MbZ agreed to provide $3 million to the Syrian regime to recommence fighting in Idlib, the Syrian province bordering Turkey where a ceasefire was enacted on 6 March.

The Assad regime is thought to be behind the vast majority of the 500,000 people killed in the Syria war, which broke out in 2011.

The US recently enacted sanctions on Assad officials with the Caesar Act due to gross human rights abuses, named after a military photographer who defected from Syria with photos of thousands of detainees tortured to death in regime jails.