Following a general amnesty issued by President Assad, a number of detainees have been released, some after years of imprisonment and some who were believed to be dead reports Sowt Al-Asima. 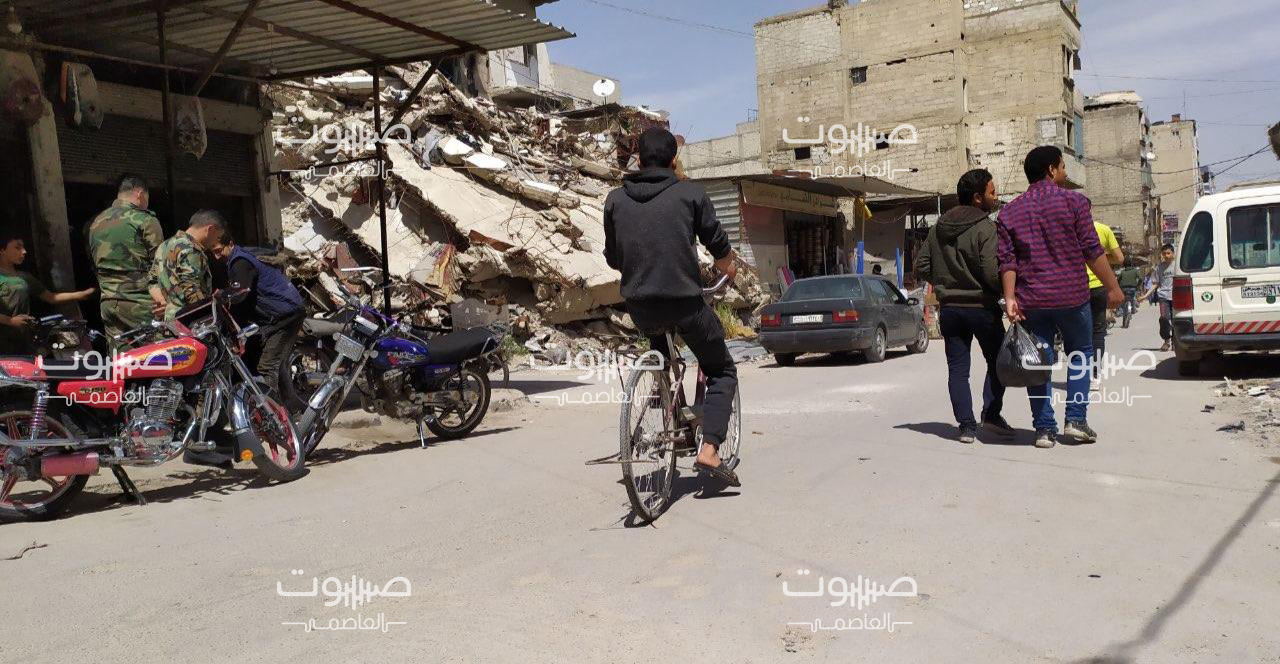 Two days ago, Syrian regime authorities released a man from Deir Salman, a town in Eastern Ghouta, who was being held in the Saydnaya military prison, eight months after his family was told that he had been killed.

A Sowt Al-Asima correspondent reported that the family of Hussein Abdelrahim received news from an official in Saydnaya prison eight months ago that he had been killed under torture.

According to the correspondent, Hussein is the brother of Ahmad, who was released in early April, eight years after his arrest. He had been arrested in Damascus in 2012 after a verbal dispute with a personnel member at an Airforce Intelligence checkpoint. He was 13 years old at the time. After his arrest, he was transferred to Saydnaya prison and then Adra prison before being released.

At the beginning of this month, authorities released a young man named Abdelqadir al-Sayyed Ahmad, from the city of al-Raheeba in eastern Qalamoun. He had been arrested in early 2018 while passing through the al-Harariya checkpoint coming from Jeirud. His detainment lasted around two years. He was transported during that time between a number of security branches, then to Saydnaya.

Regime authorities also released a young man named Raed al-Hajj Hammoud, who had defected from the regime army and headed towards northern Syria in early 2017 in accordance with an agreement to remove rebel factions and those from the town of Zakia who refused resettlement with the regime. He then went to Turkey, where he remained for around a year before returning to Zakia in coordination with the town’s reconciliation committee. He was released in early June after nearly two years of detention, most of which was spent in the custody of Military Security before his transfer to Saydnaya.

Regime authorities early this month also released a young man named Firas al-Nikkar, who comes from the city of al-Nabak in western Qalamoun, after six years of detention. He spent those years in a number of security branches before being transferred to Saydnaya.

Sowt Al-Asima has recorded the release of 19 Damascus Countryside detainees from Saydnaya and Adra prisons after years of detainment, since the release of the amnesty decree.

President Bashar al-Assad issued a decree on Mar. 22, 2020, calling for a general amnesty for crimes committed before the decree’s issue date, provided that they did not include cases related to the terrorism court.