Amid a backdrop of a spiralling currency and protests in the south of the country, President Assad has replaced Imad Khamis as prime minister, naming Hussein Arnous as his replacement reports Enab Baladi. 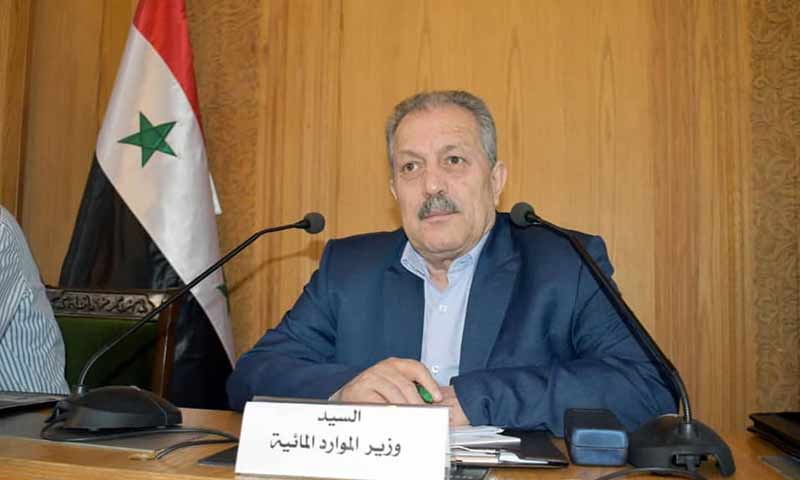 On Thursday, SANA reported that Arnous was handed the position of Prime Minister in addition to his duties as Water Resources Minister.

This will continue until the election of a new People’s Assembly.

The elections for the People’s Assembly will be held on Jul. 17, 2020, after being postponed twice by Assad, due to the novel coronavirus.

Arnous was born in the village of Alteh near Idleb governorate’s Maarat al-Nu’man in 1953, and graduated from Aleppo University in 1978 with a degree in civil engineering. He has held a number of government posts, starting with presiding over the Idleb branch of the Idleb Engineering Syndicate from 1989 to 1994. He then took over managing the General Company for Roads and Bridges from 1992 to 2002.

In 2004, Arnous was appointed General Director of the General Establishment for Road Transport, a position he held until 2009, before he was appointed governor of Deir ez-Zor. He stayed in that post until 2011, then became governor of Quneitra.

He was assigned as Minister of Public Works and Housing in February 2013, a position he was re-selected for under the government of Wael al-Hilqi in 2014 and Imad Khamis in 2016.

US and European sanctions imposed on regime government ministers in 2014 included Hussein Arnous, who was also issued with a travel ban.

The exchange rate today was 2,500 pounds for selling and 2,350 for buying, according to the website The Syrian Pound Today.

The economic crisis follows government measures, such as business closures, in place from March to May to stop the spread of coronavirus. The economy was also impacted by the crisis between the government and Syrian businessman Rami Makhlouf, who is a cousin of Bashar al-Assad, as well as the oncoming application of US sanctions under the Caesar Act, expected to go into place on Jun. 17, 2020.