The Syrian Finance Minister has insisted that the rising exchange rate is not an economic problem and that the government will solve the problem reports Jesr Press. 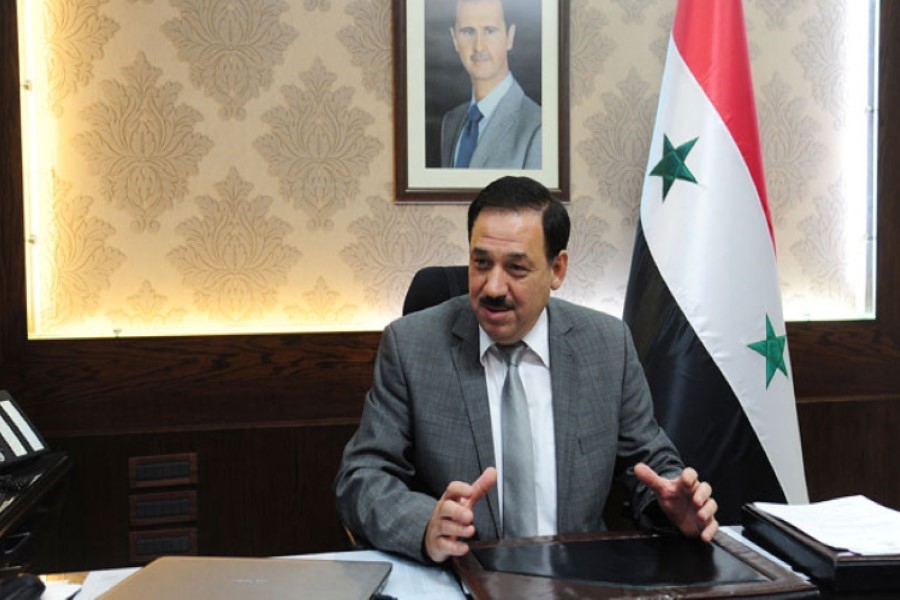 Syrian Finance Minister Maamoun Hamdan affirmed that, “every unit of foreign currency has been spent in the right place, and we know where it has been spent, whether for electricity, oil or wheat.”

Responding to yesterday’s sharp criticism from members of the People’s Council, directed at the government amid the rising exchange rate, Hamdan stressed that, “the increase of the pound’s exchange rate is not due to economic reasons,” pro-regime newspaper Al-Watan reported. “Even if the economy is part of the reason, the size of expenditures has not increased—rather it has gone down. The volume of imports has also decreased.”

Hamdan explained, “There are many reasons for this panic, and it cannot be explained through economics. These causes and effects are being monitored and followed within the available capabilities.”

He added that the manipulation of the exchange rate, in addition to the psychological factors and panic among residents, is driving people to maintain their savings, or buy gold and real estate. Hamdan also mentioned the dangers of smuggling and the need for cooperation to reduce this problem.

Hamdan added that there are a number of proposals being studied, and that, “there will be a solution, and you will soon see the light. The government will not remain a spectator in any form.”