Rising prices are crushing the will of the Syrian people, with Syrians now openly insulting Bashar al-Assad and his government reports Sowt Al-Asima. 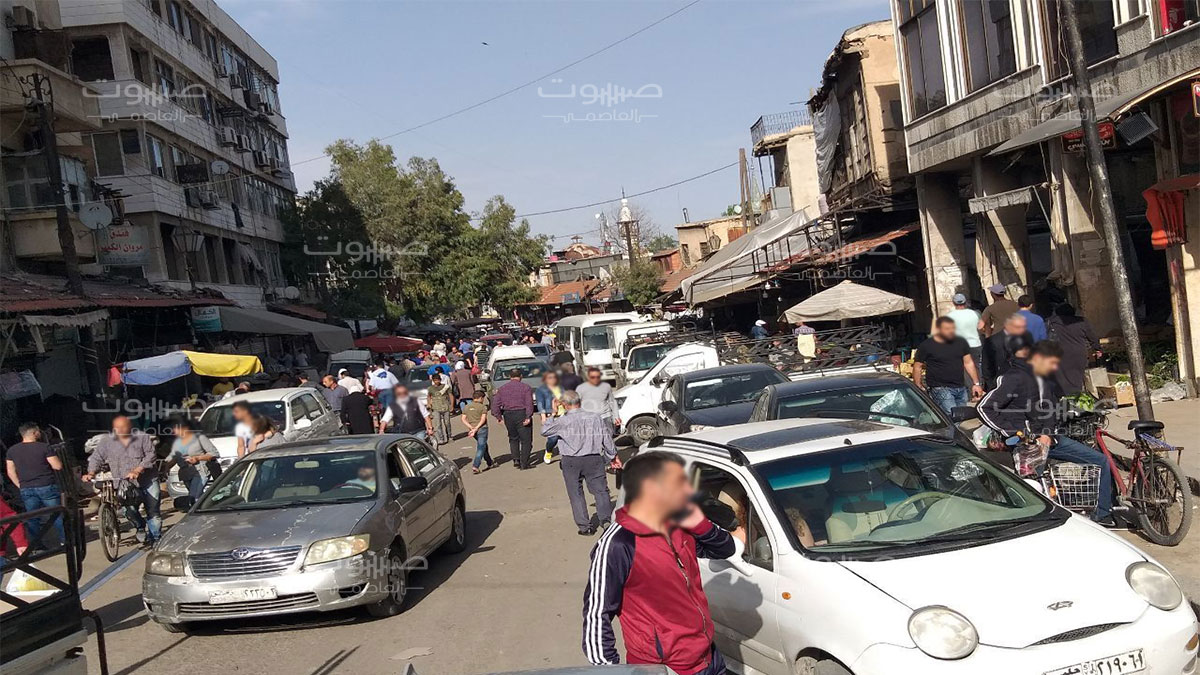 With the expansive demonstration in southern Syria’s Suweida, and the emergence of loyalist voices denouncing the deteriorating quality of life in areas under regime control, responses have begun to appear in the street—especially in popular markets. There, people have limited income, with some monthly salaries dipping to 20 dollars per month with the Syrian pounds’s continued fall.

In the historic Souq al-Hal on Thawra Street in central Damascus, a man in his sixties shouted insults at Assad and the government on Sunday after he was shocked by the rising prices of fruits and vegetables. The exchange rate has meanwhile reached 3,000 Syrian pounds to the dollar.

According to Sowt Al-Asima’s correspondent who was present, a man in his sixties exploded in anger after seeing that the price per kg of apricots had reached more than 2,000 Syrian pounds, while the salesperson refused to allow the man to pick out which pieces of fruit he wanted.

The man shouted insults at Assad and the government, including “God curse Bashar al-Assad, he destroyed us and the country.” He then threw the bag from his hand and left the market shouting. Onlookers appeared surprised, and asked questions among themselves such as “could he be mukhabarat? What’s wrong with him—isn’t he afraid to say this?”

Markets and social media sites have witnessed large-scale criticism in recent days, especially after the Prime Minister gave a speech to the People’s Council about the living situation, which people described as being far from reality. People added that the government should directly resign and hand over affairs to a government that works to save residents from a coming famine.