The pound falls yet further, pro-Iranian fighters killed, car bomb attack kills eight, a new coronavirus case and Cuba condemns Caesar Act. Catch up on everything that happened over the weekend. 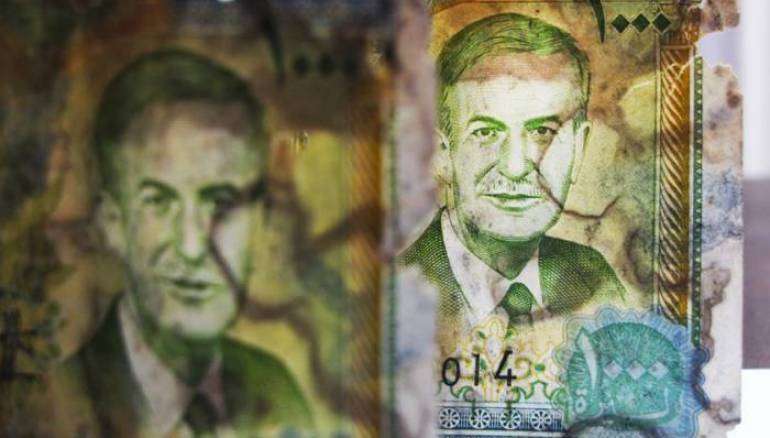 1. On Saturday, Syria’s pound hit record lows on the black market, trading at over 2,300 pounds to the dollar, less than a third of its official value, traders said, ahead of new US sanctions. Three traders in Damascus told AFP by phone that the dollar bought more than 2,300 Syrian pounds for the first time, though the official exchange rate remained fixed at around 700 pounds to the greenback. Analysts said concerns over the Caesar Act also contributed to the devaluation.

2. On late Saturday evening, at least 12 pro-Iranian fighters died in airstrikes by unidentified aircraft that hit eastern Syria, a war monitor said. “Eight airstrikes before midnight on Saturday night targeted a base of pro-Iranian forces in rural eastern Deir ez-Zor, killing 12 Iraqi and Afghan fighters and destroying equipment and ammunition,” the Syrian Observatory for Human Rights said. The Observatory did not identify the aircraft responsible, but its head, Rami Abdul Rahman, told AFP that Israel was likely responsible.

3. In a report released on Saturday, the Chinese publication Sohu News reported that Israeli F-35 jets carried out the attack over western Syria last week. “Recently, Israel dispatched another F-35 fighter jet, which launched overnight airstrikes on Syrian territory, and destroyed an Iranian missile base in Hama province, northern Syria,” the publication said. Citing sources, the Chinese publication reported that the US-made F-35 jet launched the aerial attack, which targeted the scientific research facility in the city of Masyaf.

4. Eight civilians were killed, and seven others were injured when a car bomb exploded near the grain silos of Tel Halaf, southern Ras al-Ayn city in Hassakeh’s northwestern countryside. Local sources told SANA’s reporter that a car bomb exploded on Saturday near the silos of Tel Halaf southwest of Ras al-Ayn city, where the forces of the Turkish occupation and their terrorist mercenaries groups are positioned, claiming the lives of eight civilians and injuring seven others.

5. The Health Ministry announced on Saturday that a five coronavirus (COVID-19) patients have recovered, raising the number of recoveries in Syria to 58. The Ministry also said, according to SANA, a new case was registered in a person working as a driver, operating between Syria and Jordan, which raises the number of cases in Syria to 125 cases, six of which have passed away.

6. SANA reported that Cuba strongly condemned the American coercive measures against Syria, including the so-called “Caesar Act”, affirming that it is a serious violation of the United Nations Charter. “I condemn in the strongest terms the US sanctions against Syria and the implementation of the “Caesar Act”,” Cuban Foreign Minister Bruno Rodriguez said in a tweet on Saturday.