A US occupation convoy has yet again been stopped by local in Hassakeh a forced to turn around and return to their base reports Al-Masdar. 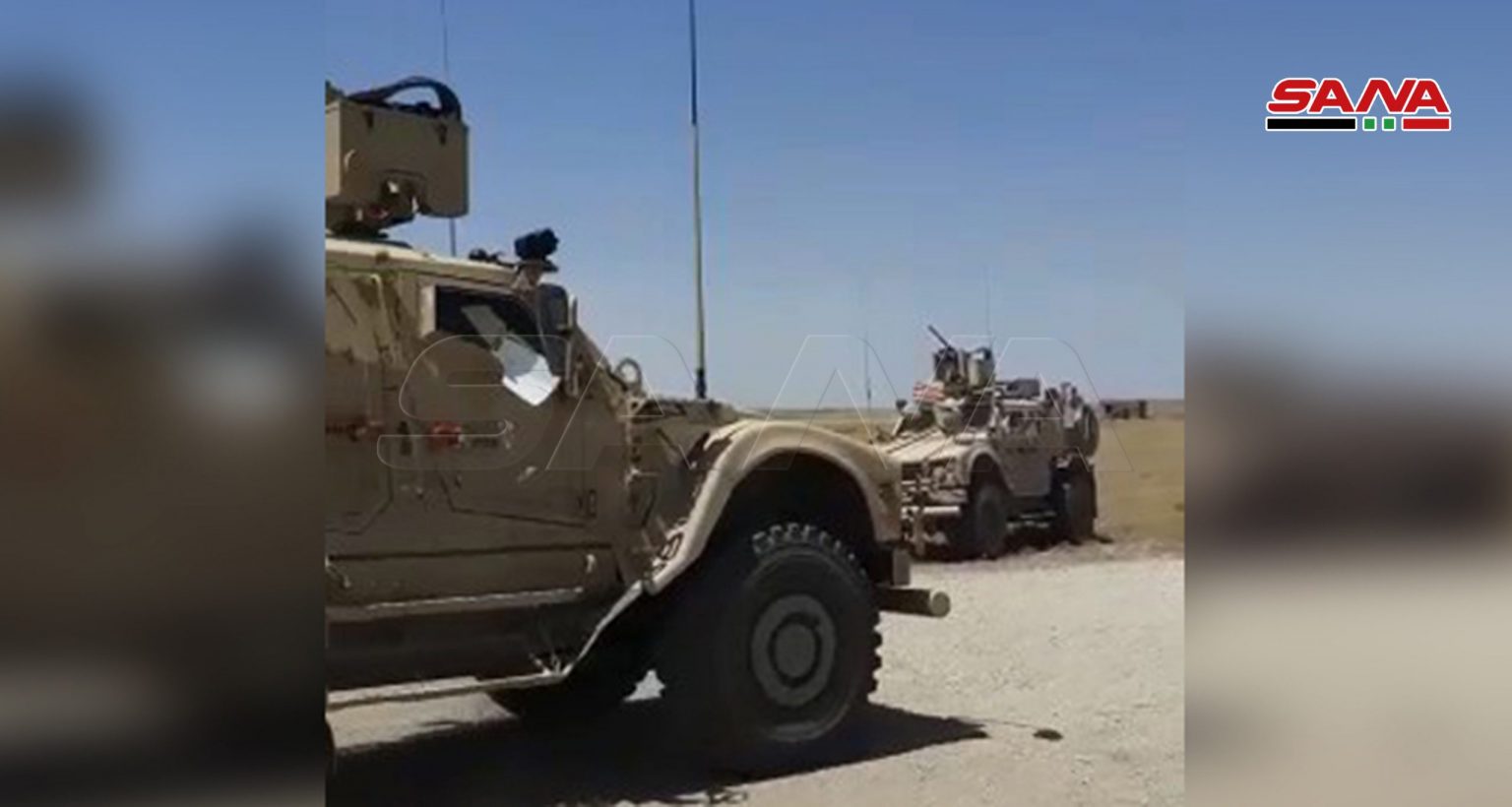 Locals intercepted a military convoy of the US occupation in Abu Rasin town in Hassakeh’s north west, forcing it with the help of members of the Syrian Arab Army to retreat to where they came.

Members of Syrian army and a several citizens from Abu Rasin countryside intercepted a convoy of the US occupation forces, which consisted of eight vehicles that had attempted to head from Dardara to Abu Rasin, and forced them to return to their illegitimate bases in the region, civil sources told SANA’s reporter.

On May 30, 2020, US occupation forces brought a convoy composed of 25 military vehicles including trucks and transporters loaded with cement barricades and ammunition along with a number of Humvees which headed to illegitimate bases in the southern entrance to Rmelan city in Hassakeh’s northeastern countryside.