In the latest step of escalating tensions, the town of Qirfa in rural eastern Daraa was attacked by the Syrian regime, who arrested a number of residents writes Nadaa Syria. 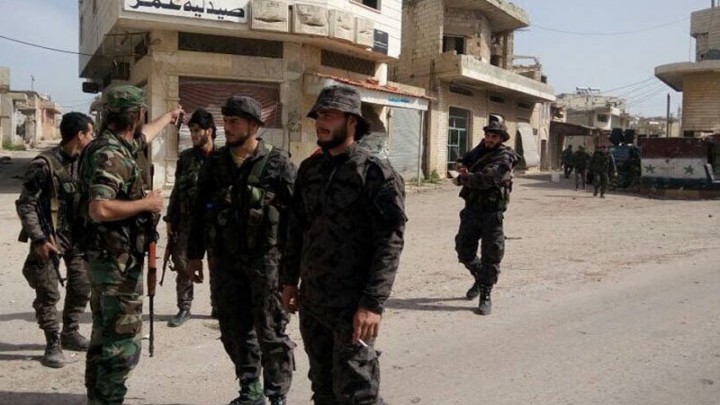 Syrian regime forces and affiliated militias attacked a town in eastern Daraa governorate Wednesday, arresting a number of residents while two soldiers were killed nearby.

A correspondent for Nedaa Syria reported that the regime and associated militias carried out a campaign of attacks, including storming civilians’ houses in the town of Qirfa in rural eastern Daraa, amid a broader state of alert and tension in the area.

The campaign resulted in the arrest of a number of civilians and military defectors by regime forces.

Civil and military committees in rural western Daraa reached an agreement yesterday with the regime allowing the increased deployment of checkpoints in exchange for no further military attacks.