Turkey’s Interior Minister has visited Syria, the first such visit by a Turkish official, to meet the soldiers their as they celebrated Eid al-Fitr reports Alsouria Net. 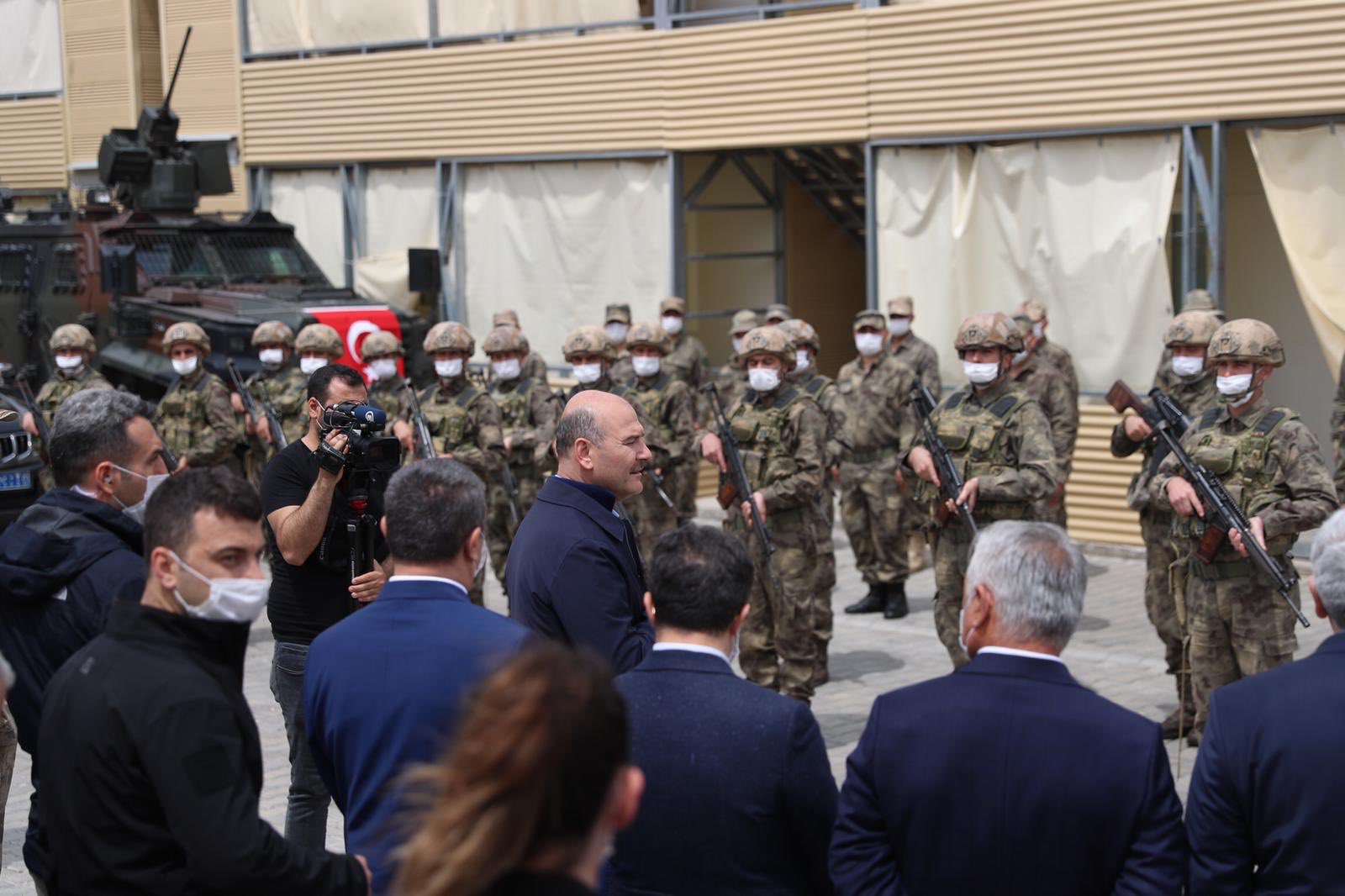 Turkish Interior Minister Suleyman Soylu visited the al-Rai Border Crossing on Sunday in rural northern Aleppo, within the Euphrates Sheild area, to congratulate Turkish soldiers there on the occasion of Eid al-Fitr.

Soylu published photos on his Twitter account of his visit to the tactical command center and the gendarmerie advisory team in the city of al-Rai in rural Aleppo.

Soylu was received by the Turkish governor of Kilis, Recep Soyturk, and informed local officials of the security conditions and services in rural Aleppo.

Anadolu Agency added that Emad al-Din Issa, deputy head of the local authority in al-Rai, gifted Soylu with a sword on the occasion of his visit to the area.

Soylu’s visit is the first official entry of a Turkish government official to Syrian territory. Previous visits were limited to the Turkish side of the border, with the exception of military commanders who frequently enter northwestern Syria.