The Syrian National Coalition has called on Guernica 37 to official complain about the treatment of Syrian refugees on Greek territory reports Brocar Press. 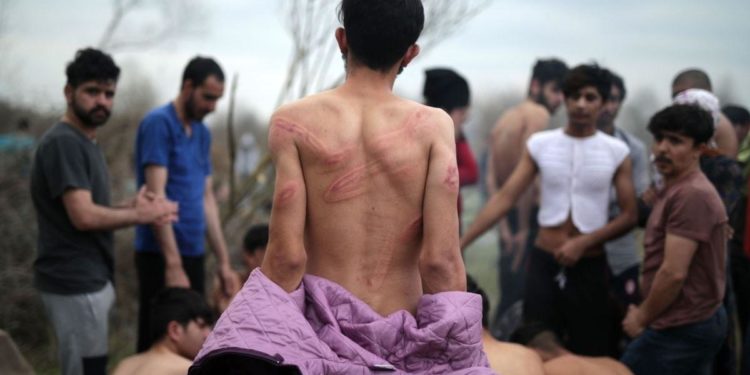 In a statement released on Wednesday, the SNC expressed its “shock” at the poor treatment by Greek authorities of Syrians fleeing their country’s war for Europe. According to the statement, treatment at the border is “inhumane,” and many refugees—including women and children—faced physical violence leading to critical injuries, and confiscation of their possessions.

The SNC requested that the London-based Guernica 37 group file an official complaint to the UN concerning migrants’ rights, and contact European Union and Council of Europe bodies that deal with human and refugee rights, due to the violations committed against Syrian refugees by Greek authorities.

The statement added that the SNC provided Guernica 37 with contact information for those impacted by the poor treatment of Greek authorities. Guernica 37 had reached out, according to the statement, and clarified the victims’ shocking accounts, “as well as how these actions do not comply with Greece’s adherence to international laws.”

The SNC closed its statement by calling on Greece and the EU to, “hold the perpetrators accountable and provide compensation for the Syrian refugees who were impacted by this treatment.” It also called on Greece to, “prevent the recurrence of such actions, and respect laws related to the treatment of refugees and asylum seekers.”

The SNC reaffirmed the need for a comprehensive political solution, which would be the only way to end the suffering of Syrians, and in accordance with UN Resolution 2254.

Guernica 37 is an organization specialized in international litigation to enforce human rights and international criminal standards in national courts. The group includes lawyers from Europe, the UK and the US who have extensive experience in building strategies for legal accountability around the world. It also has experience in providing advice and assistance to countries embarking on structural reforms and transformation after periods of political instability, conflict, authoritarianism and corruption.