The Syrian Network for Human Rights has document the killing of journalists in Syria since the start of the conflict, with the majority being killed by the regime. 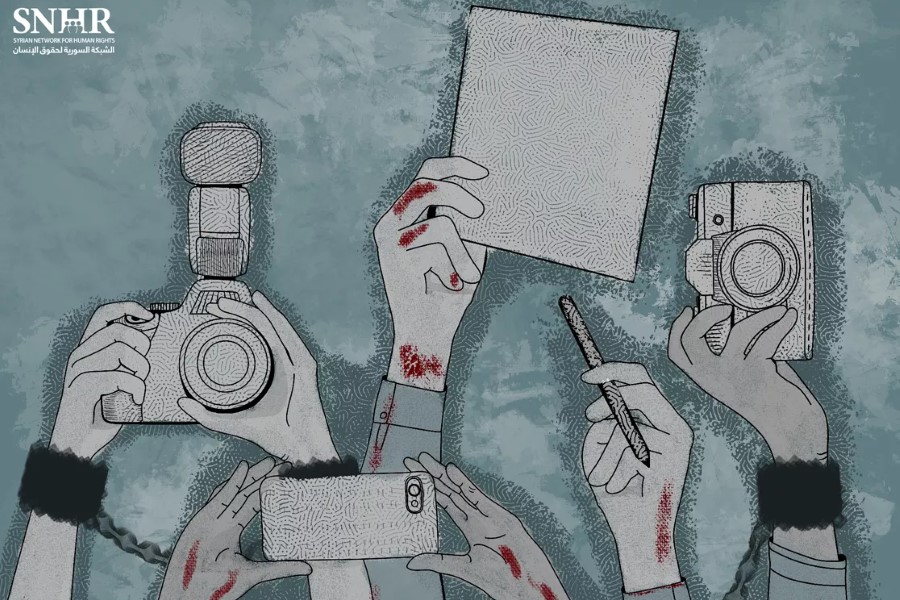 In a report published on Sunday, the Syrian Network for Human Rights documented 707 journalists killed since March 2011, with 78 percent of the deaths carried out by the Syrian regime’s forces.

The Network reported that the 707 deaths included seven children, six women and nine foreign journalists, killed at the hands of Syria’s warring parties. Among them were 52 journalists who perished under torture.

At least 1,563 journalists were wounded with various injuries by the warring sides from March 2011 to May 2020.

The report showed the distribution of the killings by the main parties. The regime was responsible for 551 deaths, including five children, one woman and five foreign journalists, in addition to 47 journalists who died due to torture in detention centers.

The report also showed that Russian forces were responsible for 22 journalists’ deaths, and the Islamic State (ISIS) was responsible for 64 (including one child, two women and three foreigners, in addition to three journalists who died due to torture).

The Network also recorded 32 journalists killed at the hands of other parties, including one killed by the pro-opposition Syrian National Army faction during Operation Peace Spring in eastern Syria.

The report mentioned 1,169 cases of arrest and kidnapping of journalists by the main warring parties in Syria from March 2011 to May 2020. Some 422 of them remained in detention or forcibly disappeared, including three women and 17 foreign journalists.

The report documented 12 journalists–including five foreigners–who remain in detention or disappeared by armed opposition factions, with six others in SDF detention and three forcibly disappeared by Tahrir al-Sham.