A young child was left badly burnt when the tent he was in caught fire, resulting in him being taken to hospital writes Zaman Al-Wasl. 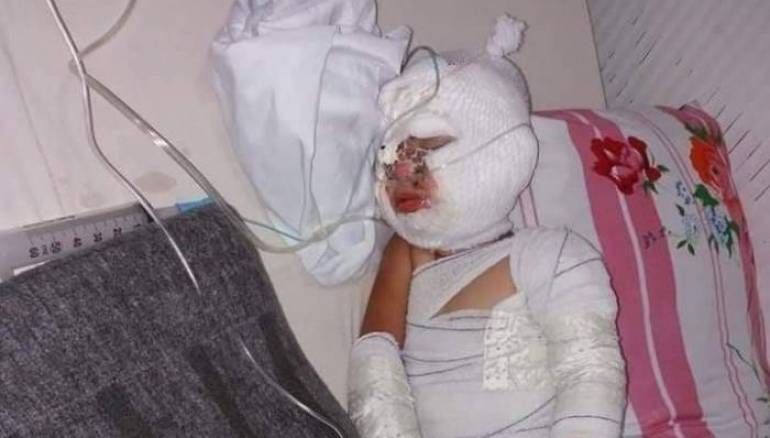 A three-year-old child was severely wounded when his tent caught fire in a makeshifts camp in northern Idleb province, activists said Sunday.

The child boy was admitted to a Turkish border hospital after pleas by opposition activists.

Medics say the toddler is suffering from fourth degree burns and one of his arms needs urgent surgery.

No further details were revealed about how the fire broke out in the Rahma camp near Sermin town.

Idleb region is home to three million people, half of whom have been displaced from other parts of the country following successive regime offensives.

According to AFP, the latest regime assault on the northwest has displaced nearly a million people since December, although fighting has slowed since a ceasefire took hold in March.

Also in the north west of Syria, a stray bullet killed a child in the Muzn camp for displaced people near the village of Killi, 23 kilometers north of the city of Idleb.

Local sources reported to Smart News that a stray bullet killed Lama Ahmad Mustafa Quteish, a displaced child from the village of Kafr Zeita, southern Idleb. The bullet hit the child in the head, killing her immediately.

The source added that the child’s death coincided with the firing of Kalashnikovs and PK machine guns by a family residing in a camp near the village of al-Halzoun, northern Idleb. The family shot gunfire after kidnappers released a member of the family.