More patients recover from coronavirus, Turkish forces remove protesters by force, Turkey attacks regime position on border and prisoners released from Sednaya. Catch up on everything that happened over the weekend. 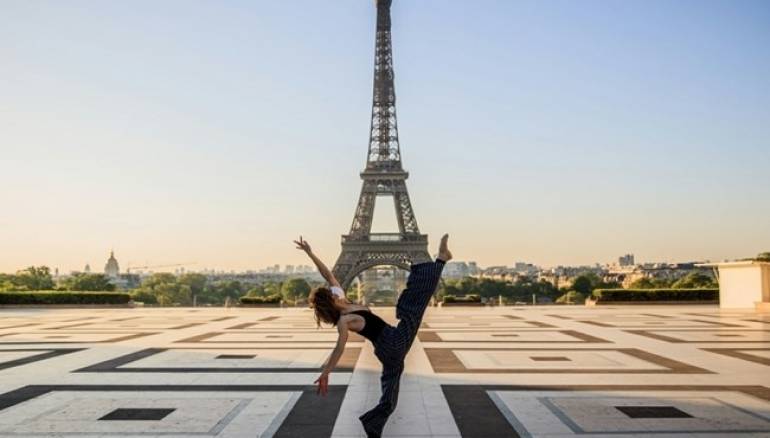 3. The Cabinet decided that all students of non-certificate grades will automatically pass to the next grade, and tasked the Education Ministry with preparing a plan to help students make up for the lessons they missed in the following years, SANA reported. The Cabinet also extended the suspension of attendance at universities and institutes until after the end of Ramadan.

4. Yara al-Hasbani, a Syrian dancer and choreographer has drawn crowds from across France for her performances in public squares and parks. As she performed a series of spectacular ballet gestures before deserted grand monuments of Paris recently, there wasn’t a soul in sight — except AFP cameraman Samir al-Doumy who made them his canvas. With the French capital in lockdown for nearly six weeks because of the coronavirus, the 26-year-old had some of the most visited sites in the world to herself. Wearing a mask, she danced an arabesque in front of the Louvre museum, an “attitude derriere” on the steps of Sacre Coeur and did a “six o’clock” with one leg right up to her head by the Arc du Triomphe.

5. Turkish artillery has pounded regime positions near the border region of Ras al-Ayn in northeastern Syria, a pro-regime news sites said Sunday. According to Zaman Al-Wasl, the barrage of Turkish artillery hit the town of Tel Tamr on Saturday. No casualties among regime forces have been reported. In the past few weeks, Tel Tamer and Abu Rasayn areas have been a field for skirmishes between the National Army and the YPG militia.

6. The Syrian regime has released 24 prisoners from Deir ez-Zor province after being held for years in the notorious Sednaya prison, activists told Zaman Al-Wasl. Pro-regime media accounts said the release of opposition prisoners was a goodwill gesture on the first day of the holy month of Ramadan. So far, about 100 detainees from Deir ez-Zor have been released in the past few weeks.