At a meeting with Mohammad Javad Zarif, President Assad lambasted the politicisation of the coronavirus by the West and  discussed the latest developments in Syria writes SANA. 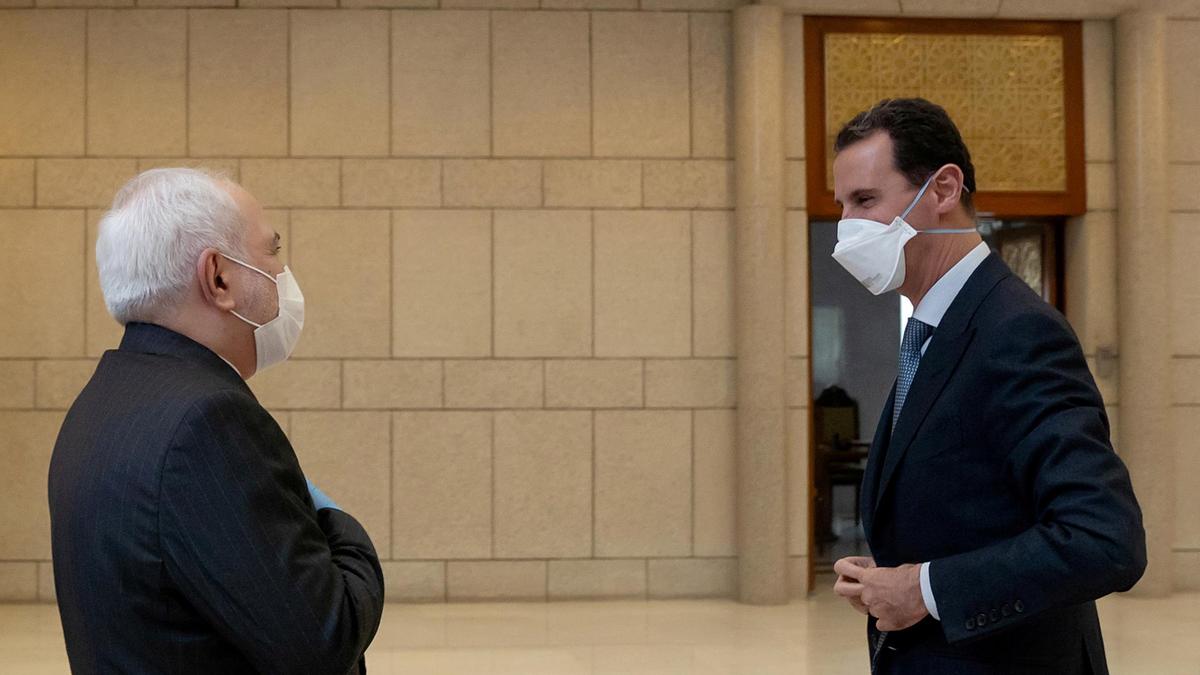 At the start of the meeting, Assad offered condolences to Iran and its people for the victims of the coronavirus, voicing regret that this pandemic has become a subject of political investment by some states in the West, mainly the United States, which continues to impose sanctions on states despite of these exceptional humanitarian circumstances.

He said the coronavirus crisis has exposed the failure of the Western regimes as well as their immorality, because the pandemic showed that these regimes only serve a select few of individuals with vested interests, instead of serving their peoples.

Meanwhile, Zarif said the US administration, with its continuing refusal to lift the blockade on Syria and Iran, has revealed its inhumane nature to the world.

The meeting tackled the latest political developments, including the Constitutional Committee, the Astana process, and the developments in the north of Syria in light of the continuing transgressions by Turkey against Syria’s sovereignty and territory, whether through direct occupation of territory or by increasing the number of what it calls observation points, which are actually military bases.

Assad said Turkey’s actions on the ground exposes its true intentions, with its lack of commitment to the agreements it entered whether in Astana or Sochi, all of which stipulate a recognition of Syria’s sovereignty and territorial integrity.

Zarif denounced the West’s current attempts to re-exploit the issue of “chemical weapons” in Syria, saying that it is shameful that this pretext would be used again in light of the situation around the world, not to mention all the doubts and inconsistencies that emerged regarding this issue recently.

In the same context, Minister Walid al-Muallem discussed with Zarif and the accompanying delegation the historical relations between the two countries and means to improve and bolster them, stressing the need to build upon the distinguished strategic levels of these relations in all fields, particularly in light of the mutual challenges facing the two countries’ peoples.