A young man is found dead, negative coronavirus tests in northern Syria, a relaxation of the curfew for Ramadan, US-backed fighters killed and Turkey sets up new observation point. Catch up on everything that happened over the weekend. 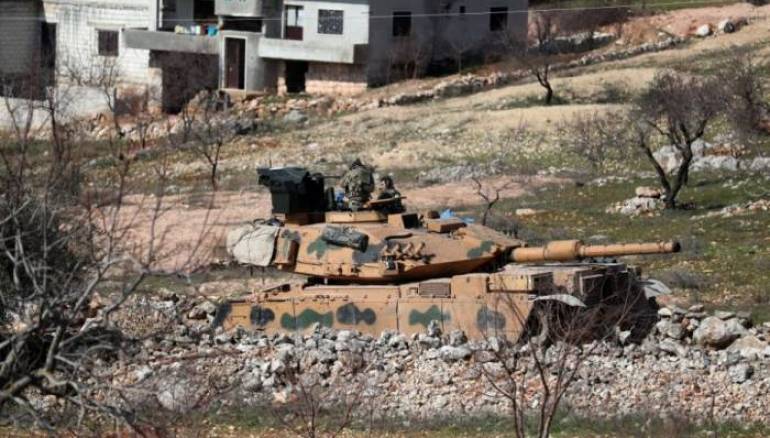 1. On Saturday, people found the body of a young man who was killed by unknown persons in the city of Azaz, 46 kilometers north of the city of Aleppo, northern Syria. Local sources reported to Smart News that people from Azaz found the body of Suheil Taj al-Din al-Hamoud, who is from the town of Maar Shurin in southern Idleb. Sources said that unknown persons killed the young man, without knowing the reasons behind the incident.

2. The Health Ministry of the Syrian Interim Government said that the test results of patients, who were suspected of having COVID-19 in northern Syria, were confirmed negative, Smart News reported. In a statement, the Ministry added that the total number of tests conducted until Apr. 17, 2020, reached 197, and all of them were confirmed negative. On Friday, the Syrian Interim Government issued new precautionary procedures to prevent the spread of the coronavirus disease (COVID-19), in northern Syria.

3. Al-Watan reported that the government announced it will shorten curfew hours by 90 minutes a day and allow some shops and small businesses to open on alternate days of the week during the holy month of Ramadan, which starts next week. Mosques will remain closed to communal prayers until at least May 2, 2020. Syria, considered a high-risk country by WHO, has only recorded 38 infections and two deaths in government-controlled areas.

4. Two US-backed fighters and a displaced child were killed by an improvised explosive device in eastern Deir ez-Zor province, local activists said Saturday, according to Zaman Al-Wasl. The IED targeted a military vehicle of the Syrian Democratic Forces (SDF) in the town of Sweidan east of Deir ez-Zor city. The YPG-led forces say Islamic State sleeper cells are still active in Deir ez-Zor, claiming that tens of families are still receiving salaries from the ultra-hardline Sunni militant group.

5. A new Turkish observation point was set in the Jabal al-Zawiyah region on Sunday, making a total of 57, as reinforcements keep pouring into the last opposition stronghold in northern Idleb province. According to a Zaman al-Wasl correspondent, the military point was constructed in the village of Bsamis south of Idleb city. Also, two Turkish military convoys entered western Idleb, carrying tanks, ammunition and fuel.