The non-profit human rights monitoring organization Pro-Justice, is working to ensure that Assad's crimes are not forgotten and the justice is served writes Zaman Al-Wasl. 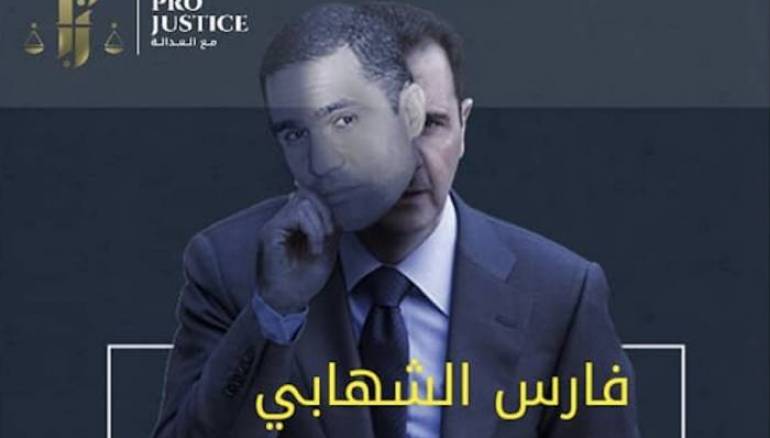 The Pro-Justice organization has continued efforts to reveal the systematic corruption of the Syrian regime, by uncovering the war criminals who committed atrocities against the Syrian people.

Months ago, the non-profit human rights monitoring organization named 93 figures from the regime’s inner circle, seeking to hold them accountable by the international community.

Wael Sawah, Executive Director of Pro-Justice, told Zaman Al-Wasl that some of these perpetrators had founded and led mercenary groups and others established offshore companies and economic conglomerates and others were leading figure in the corrupt regime.

The Pro-Justice team has faced many difficulties and challenges in completing their ‘Black List’ project amid a lack of information, Sawah added.

Syria’s businessmen fall into two categories, according to Pro-Justice.

The first one is providing direct financial support to the Assad regime; the US administration and the EU have sanctioned most of them.

According to the Financial Times, the international sanctions have all but frozen trade with the outside world, while paying bribes are another squeeze on revenues — Syria is the second most corrupt country in the world, according to Transparency International.

But in every war there are winners. Newcomers who have profited over nearly a decade of conflict are now jostling with those at the top.

More than 80 percent of Syrians were living below the poverty line by 2015, according to the most recent data available. The UN says the signs are that this has worsened.