The economic cost of the curfew and other measures imposed to prevent the spread of the coronavirus have been measured in the billions reports Al-Watan. 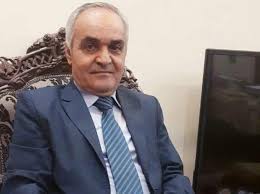 The head of the Banking and Insurance Department at the University of Damascus, Dr. Ali Kanaan, estimated Syria’s monthly economic loss at a rate of 1 trillion Syrian pounds, equivalent to 33.3 billion pounds per day, caused by the novel coronavirus and the measures taken to stem its spread, which has hit most of the country’s economic sectors.

March and April registered a total loss of 2 trillion pounds, Kanaan said, noting that if curfew continued until June the economic damage could reach up to 4 trillion pounds.

Kanaan continued that only a few sectors benefited from curfew, including the import sector which saw a significant rise in its activity to meet the market’s current demand.

Meanwhile, the public sector is being severely affected because the government is continuing to pay wages, despite the fact that no-one is working.

For his part, the head of the  Economics Department at Damascus University, Dr. Adnan Suleiman, said Syria will encounter major economic losses if the measures against coronavirus continue into June, which will cause a decline in the country’s GDP.

Adnan said the food sector made billion of profits during this period, noting that the prices of some products increased by between 40- 60 percent since February.

Traders and industrialists demanded a partial opening of some markets to continue with a number of economic activities, warning of a catastrophe if their request was disregarded and if the affected sectors were not supported.

Observers say that economic losses caused by the coronavirus are major, however, the cost will be bigger in the event of a virus outbreak, warning of grave humanitarian and health damages that cannot be estimated.

They also called for a limited resumption of certain economic activities, while respecting general safety measures, stressing the need to urgently provide aid for those affected.