There is a possibility that Syria could be brought back in to the international community, if it is willing to curb the Turkish and Iranian influence on its territories writes Asharq Al-Awsat. 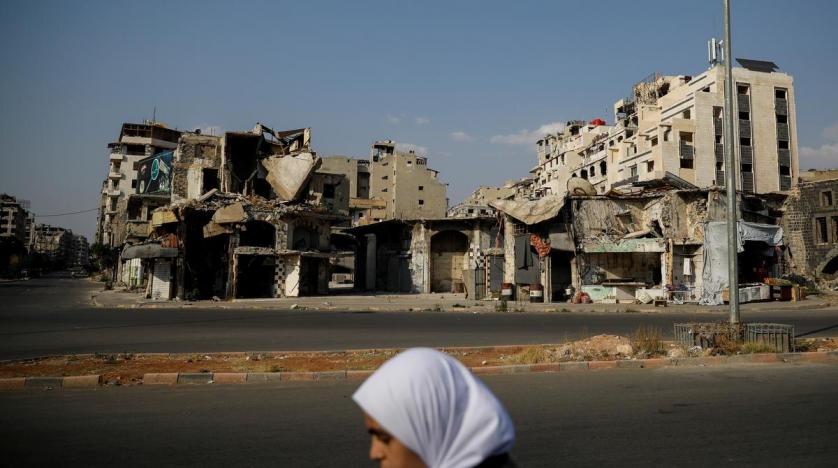 Regional and international players have been recently active in discussions on economic sanctions and the normalization of relations with Syria.

Fears over the outbreak of the coronavirus epidemic in the worn-torn country have pushed Arab and Western states to take unprecedented steps.

Arab officials and former Western diplomats intensified contacts with Damascus, in the wake of a deterioration in the country’s economic and health conditions.

“I discussed by phone with Syrian President Bashar Al-Assad the repercussions of the spread of the coronavirus, and expressed to him the UAE’s support and assistance to the brotherly Syrian people in these exceptional circumstances,” Sheikh Mohammed said in a tweet.

“Human solidarity in times of adversity comes above all other considerations, and brotherly Arab Syria will not remain alone in these critical circumstances,” he added.

The UAE reopened its embassy in Damascus in 2018, after seven years of severed diplomatic ties between the two countries. Other Arab states have also reactivated diplomatic contacts and exchanged security visits, in addition to putting forward ideas to provide humanitarian and medical aid to Damascus as part of the fight against the coronavirus.

Western figures have contacted officials in Damascus to follow up on a call by US President Donald Trump at a press conference for the release of American journalist Austin Tice, who disappeared in Syria in 2012.

Secretary of State Mike Pompeo repeated Trump’s request last Tuesday. Proposals were made through closed channels regarding the cost of Tice’s release, including Washington’s easing of some of its sanctions.

On the other hand, major countries have intensified pressure on Damascus. The US has maintained its military presence in the east of the Euphrates and Al-Tanf base, while Israel launched raids on Iranian sites. Moreover, Turkey has consolidated its military bases in the northwest of the country.

In a report submitted to UN Secretary General Antonio Guterres, international investigators accused the Syrian government of deliberately targeting hospitals and medical and educational facilities in northwestern Syria last year. The Organization for the Prohibition of Chemical Weapons also accused the government of carrying out the Sarin gas attacks in Khan Sheikhoun and Douma in 2017 and 2018.

In view of the latest developments, closed meetings that took place through video calls over the past days reflected two viewpoints on Syria.

Some countries underlined the necessity to adhere to the policy of pressure on Damascus to push the government to curb the Turkish and Iranian influence on its territories.

Those advocating the pressure campaign have argued that the existing sanctions do not hinder the delivery of medical equipment, food and humanitarian aid.

But other countries advocate “some exemptions” and flexibility to allow Damascus to combat the spread of the epidemic.