Plans have been devised to compensate workers who have recently lost their due to the preventative measure enacted to stop the spread of coronavirus reports Al-Watan. 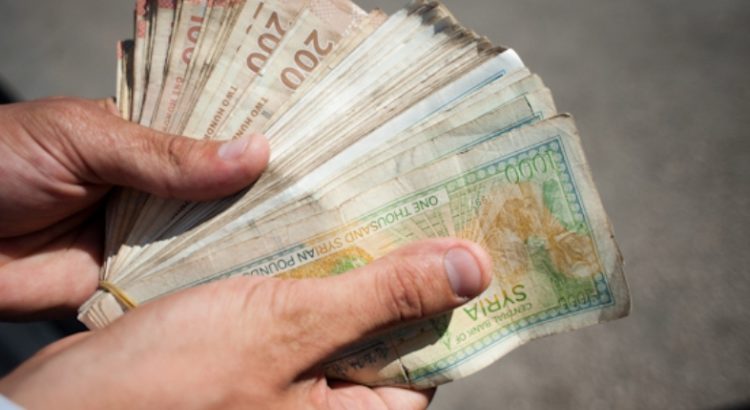 The Syrian Chairman of the Federation of Trade Unions, Jamal al-Qadiri, said a proposal is currently under revision to provide financial aid to workers who have been affected by the preventive measures to face the novel coronavirus.

The initial plan reportedly suggests allocating up to 100,000 Syrian pounds to every individual, benefiting almost 100,000 workers.

In an exclusive statement to Al-Watan, Qadiri said the cabinet has approved the plan which was proposed by the Ministry of Social Affairs and Labor, following talks between employers, workers and government officials.

The preventive measures against COVID-19 has affected many sectors and many workers have been laid off or lost their jobs, especially day laborers and self-employed workers, in addition to those working in the informal sector, noted Qadiri,

It was agreed that the affected sectors would be divided into four main categories, the first would be the transportation sector which is sequentially followed by tourism, loading/ unloading services, and construction, he added.

The four sectors were affected by the closure of restaurants and hotels, while many workers hired to perform cargo handling were laid off. Also, a huge number of construction workers and craftsmen lost their jobs.

Qadiri said many workers are employed and registered within an organization and statistics on their numbers were prepared, however, a huge number of workers are not registered with any organization, which why a coordination plan was proposed by the Ministry of Local Administration and the Ministry of Social Affairs and Labor through committees deployed in neighborhoods to study these workers’ cases.

Also, it was decided to add a section on the Ministry of Social Affairs’s website to register unemployment cases, noting that the government will be providing funds to the ministry. An account will also be allocated to receive financial aid from local and international donors to help these workers.

Qadiri said the government did not decide on the sum of the funds it plans to allocate to serve this cause, as the final decision hinges on findings that the concerned parties will provide on unregistered workers.

He noted that so far no complaints were received from the private sector regarding salary suspensions.

Qadri stressed that workers will have four ways through which they can register their cases including the Ministry’s website, neighborhood committees, Trade Unions and the General Union of Syrian Craftsmen.

“Until now, there is no decision regarding the compensations that workers might receive, however, we submitted a proposal to provide the minimum salary rate for two months, i.e. up to 100,000 Syrian pounds per month, but no final decision has been issued so far,” Qadiri was quoted as saying.