A town in the Damascus countryside has been isolated after a women with coronavirus, who continued having contact with the wider public, died reports Alsouria Net. 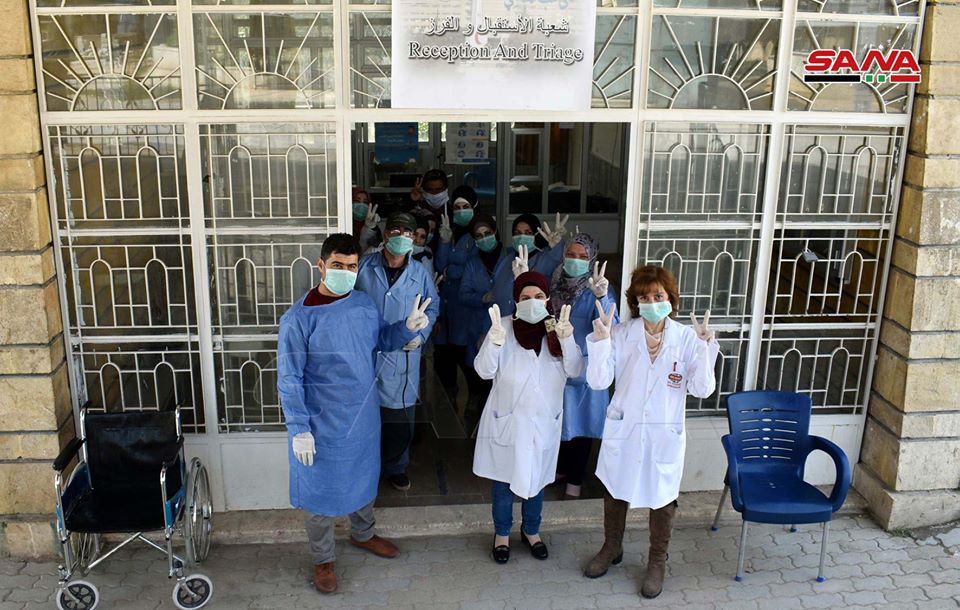 On Wednesday, the Syrian regime isolated the town of Menin, in Damascus countryside, after a female passed away raising fears that the coronavirus pandemic could spread in the town.

“The relevant authorities have been asked to isolate the town of Menin after a woman who was infected with the virus passed away. The deceased was one of ten other cases recorded in Syria,” official regime media quoted Minister of Health Nizar Yazigi as saying.

Yazigi said the decision to isolate the town aims to protect citizens and to stem the spread of the virus, given that the woman’s family did not commit to self-isolation and resumed selling products to people.

“The woman, her husband and their children own a shop and none of them adhered to the self-isolation instructions, on the contrary they were contacting other citizens,” he noted.

“Samples were taken from the husband, his son and other relatives, and random samples will be taken from several citizens in the area,” said Yazigi, warning that there was a great deal of risk involved, especially considering that many of the town’s residents had travelled illegally from Lebanon.

The results will be announced once they’re out, he added.

The decision to isolate the town which falls almost 14 kilometres north of central Damascus is the first of its kind in the country. No other town has been isolated since the spread of the virus was declared to be a pandemic, whether in regime-run areas, opposition areas, or in the Self-Administration region.

Menin, also known as Ayn Menin, administratively falls within the al-Tal area, in the northern countryside of Damascus, and is only 3.5 kilometres south of the infamous Sednaya prison.

Before 2011, the population of the town was almost 30,000 people, but  the number has changed as waves of displacement flowed into the area, which remained relatively safe compared to its surroundings in the countryside of Damascus.

As of Wednesday, only 10 infections were officially announced in areas under the regime’s control, meanwhile, no infections have been reported in northwestern Syria, where Syrian factions have influence, nor in northeastern Syria which is controlled by the Self-Administration.

The regime’s Ministry of Health announced two deaths caused by the pandemic that is currently sweeping across the world.

The Assad regime has imposed a curfew in areas under its control effective between 6pm and 6am.

Earlier, the regime took precautionary measures to prevent any form of gatherings, including the decision to close schools and markets. The regime also issued a decree granting amnesty for a segment of prisoners, including the elderly and those suffering from chronic diseases.

For its part, the World Health Organization warned of the consequences if coronavirus spreads in Syria, which lacks the proper medical system needed to fight the pandemic.