After years in exile, former vice president to Hafez al-Assad, Abdel-Halim Khaddam has passed away at his home in France. 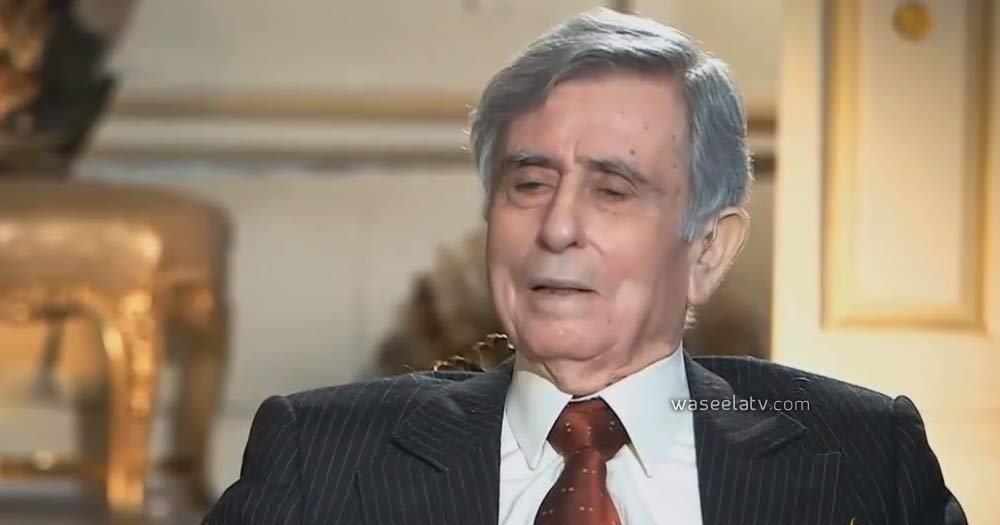 Khaddam, who served as Syria’s Vice President for several years under former President Hafez al-Assad, defected from the government in 2005 after a rift with the current leader, Bashar al-Assad.

The former Syrian vice president would later join the Syrian opposition, where he would continue to denounce the Syrian president.

Over the last few years of his life, rumors about Khaddam’s poor health were cited as the primary reason for his reluctance to speak publicly.

The Syrian government has not announced the death of the former senior official.

The Syrian opposition did not lament Khaddam either, except for his former partners in the so-called the Salvation Front, who mourned him warily.

The Syrian people, who are more concerned about the coronavirus and their cheerless situation, have paid little attention to his death.

Activists on Facebook, however, reminded everyone that Khaddam, despite opposing Bashar al-Assad, was loyal to the late President Hafez al-Assad, and did not disclose any of his secrets.

In 2014, Khaddam acknowledged he was part of the Syrian regime, and stressed his willingness to appear before any commission of inquiry or Arab or international court in any case related to corruption.

The Syrian Observer published an article entitled, “Khaddam: I am Part of the Regime and Ready to Stand Trial.”

We republish the article below:

Khaddam: I am Part of the Regime and Ready to Stand Trial

Abdulhalim Khaddam challenged the regime to reveal a file of corruption that may convict him or any of his relatives.

Former Syrian Vice President, Abdelhalim Khaddam acknowledged he was part of the Syrian regime, and stressed his willingness to appear before any commission of inquiry or Arab or international court in any case related to corruption.

Khaddam was speaking in an interview with journalist Fahad al-Masri for the al-Masri al-Youm (The Egyptian Today), about the conspiracy  by the regime. He said he recorded the methods of Bashar Assad as if on tape recorder, offering an insight in to the way the president directs the conspiracy.

He said Assad directs things by accusing the young men who demonstrated demanding freedom and who worried about their future and the future of the country of plotting against the country. In addition, he accused some of them of being connected with terrorist organizations to kill the demonstrators.

Khaddam added that the rule known by all dictatorships is that of oppression, inventing laws of conspiracy and accusing others of plotting.

He did not deny that he was part of the regime apparatus.

“I was not the decision-maker and I had no role in domestic politics; the decision in the internal politics was in the hands of the head of state, and his basic tools were the security forces. I was responsible of preparing programs and actions for the implementation of foreign policy, and I’m proud of everything I provided on basic and fundamental issues,” he said.

“The regime did not commit large mistakes in foreign policy, and he did not make concessions to any country that might impair the safety of the Syrian land or the sovereignty of the state.”

regarding his responsibility for the Lebanon file, Khaddam said the security issues “were not in the hands of the committee that ran the file, because all the security apparatus in Syria is directly linked to the head of state..”

Khaddam added that he had not worked on the Lebanese file since 1998.

“There was an election for the President of the Lebanese Republic and President Hafez Assad was heading towards Emile Lahoud. My view was that the advent of General Lahoud would disrupt Syria because Lebanon cannot stand a military president. I discussed the issue with President Hafez repeatedly but he insisted on his position. After the election of Lahoud, I informed the president that I could not follow the Lebanese file because President Lahoud knows my position towards the election and this does not serve our relations, because each command will be comprehended in accordance to my position towards him.”

“So I gave up the Lebanese file, but sometimes there were some difficulties that needed my intervention with some Lebanese parties, so I would discuss the matter with them and so on.”

“I’m not afraid at all of arrest, but I assure you that the Syrian people will soon put murderers and thieves in prison. I take the moral responsibility because I was part of the regime, this is true and I do not deny it, but I do not accept saying that I am in charge of all or part of the responsibility with respect to the crimes committed by the regime.”

On the work of his children, Khaddam explained: “My older son is working in Saudi Arabia, and the younger one established a company with three non-Syrian partners. They have no relationship with Syria, even their products are not sold to any Syrian institution.”

Regarding the fate of Baath party after the fall of the regime, Khaddam said: “We must distinguish between Baath Party in the 1950’s, where the Baathists were not attracted to power, they were defending their people and their rights and issues of nationalism. When the country was in danger, they were not restrictive, they took part in the government of national unity, and the national responsibility was what motivated them.”

“The current Baath Party, with its values and slogans, ended objectively on 22 February, 1958, when the unity between Syria and Egypt was declared. The former Baathists formed four parties, all of whom are led by ex-party members, and they have their own history. Each of them believes that he is the right one.”

Khaddam confirmed that the rebels will succeed in achieving their goals, and that Syria will regain its democratic system. He said Syrians will regain their full freedoms and will exercise their basic rights as citizens in rights and duties, and that the fate of the regime will be the fate of the regimes which are trialed by their people and are “required to be held accountable.”