The former spokesman of Jaish al-Islam has confessed to French authorities that his group was responsible for killing Razan Zaitouneh reports Brocar Press. 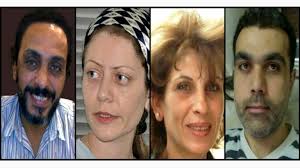 Sources have told Brocar Press that, during his interrogation by French authorities, the former Jaish al-Islam leader, Islam Alloush, confessed that the group had killed the activist Razan Zaitouneh her colleagues.

The source confirmed that Alloush informed the French authorities of the location where the victims were buried.

Alloush was arrested last month in France, where he was charged with war crimes, torture and forced disappearance.

Alloush, 32, was a spokesman for the group, before traveling to France on a student visa from the Erasmus program. He was arrested in the city of Marseille.

On Monday, Syrian regime media reported that a mass grave had been discovered containing 70 bodies, including the body of a woman. Russian media outlets suggested that Zaitouneh could be among them.