The Syrian Liberal Party aims at keeping the dreams of the 2011 revolution alive and bring about a free and liberal Syria writes Al-Araby Al-Jadeed. 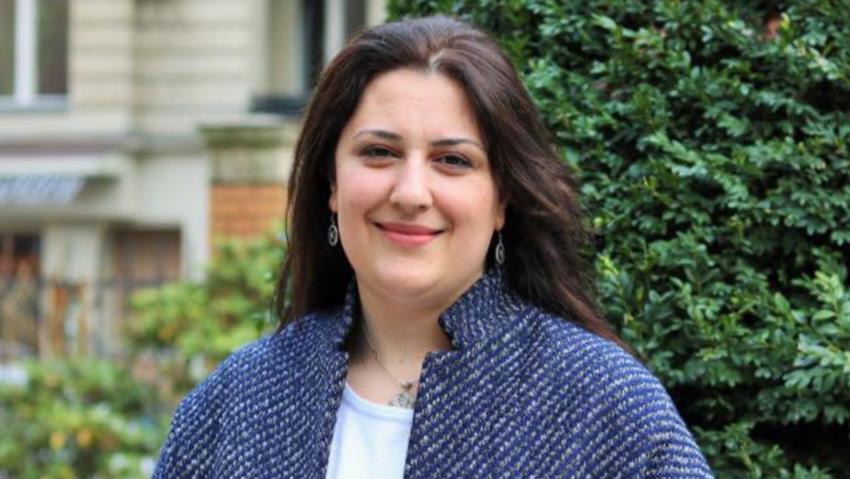 The first woman-led Syrian opposition party was launched this week, aimed at reviving the pro-democratic values of the 2011 revolution and work towards establishing a free and fair Syria.

The Syrian Liberal Party [Ahrar Party] envisions a politically liberal society in Syria, where human rights form the pillar of the state with political and economic participation open to all.

“When we speak of a liberal party we speak of freedom of individuals and equality as a fundamental principle the start from,” party leader Yasmine Merei told The New Arab.

Politically, the party seeks to establish a united and democratic state in Syria that abides by international charters and principles on human rights.

“We also aim for is economic developments, equal chances on an economic, educational and knowledge level and offer equal political participation for all,” Merei said.

After nine-years of war – which has seen half of Syria’s population displaced and half-a-million killed – there are still thousands of Syrians living in opposition areas or exiled abroad keeping the revolution alive.

Being the first woman leader of a Syrian opposition party, Merei feels this fits with the Syrian Liberal’s ethos of equality and opportunity for all, regardless of gender and background.

“We are starting with equality as a fundamental principle and that means for all members in the party it is the same whether a man or woman leads it, but it will benefit the whole feminist scene in Syria,” Merei said.

“So it’s not just about having a woman in a leading political position, it’s about providing equal opportunities and chances for all people in Syria.”

Other high-profile examples of Syrian women putting the war back under the spotlight include Waad Al-Kateab, co-director of the Aleppo documentary For Sama, and Amani Ballour, a doctor who worked in besieged Eastern Ghouta and the focus of the film The Cave.

Both films were nominated for Oscars and put the issue of Syria – particularly the brutal regime and Russian assault on opposition Idlib – centre stage.

“Everyone has the right to stay alive, and live in dignity and with equality and we would say what Waad and Amani delivered through showing up at the Oscars is a huge achievement in showing the world ‘you know about us now, you know what is happening in Syria now’,” Merei said.

The attempts by Bashar Al-Assad’s regime to suppress the revolution with some extremists looking to divert it from its original course are obstacles activists have faced since 2011, but these have not ended the fight for democracy in Syria.

It is a struggle liberal and leftist activists in Syria have endured for decades. Under Hafez Al-Assad and later his son Bashar, all political activity outside the Baath Party and its aligned movements was banned.

Syrians of all political shades and religious persuasions were detained, tortured and killed by the regime since Hafez’s “Corrective Movement” in 1970.

“People who joined Communist Party faced the destiny of being jailed for decades and there is a huge need in Syria for a real political work for people to join and practice,” Merei added.

Merei like most Syrians was forced to join the Baath Party as a student but when the 2011 revolution broke out she saw the opportunity for change to the one-party system.

“I joined like many Syrian men and women during the revolution seeking dignity and freedom. We can’t speak about political life before the revolution,” Merei added.

Despite the step backs the political opposition have experienced in the past nine-years, the Syrian Liberal Party aims to highlight the repression committed by the regime and give hope to millions of Syrians that a new, democratic Syria can eventually emerge.

Films such as For Sama and The Cave have shown the world the atrocities committed by the regime. Activists in Idlib are helping highlight the massacres currently being committed by Russia and the regime there.

Merei said that in a social media driven world there are no excuses for people not supporting movements such as the Syrian Liberal Party working towards a free and democratic Syria.

“We are facing ignorance when we talk about the Syrian tragedy. In 1982 there was a massacre in Hama and sometimes when we speak people [outside Syria] we hear some say that ‘ok, there was no media in Syria at the time so we didn’t know what happened,” said Merei. “Now, everyone knows what is happening there.”