Barricades cleared from the M5 highway, Turkey hits back at accusations of neglect of duties, rebels launch a counter-attack and Syria-Armenia flight to start this year. Catch up on everything that happened over the weekend. 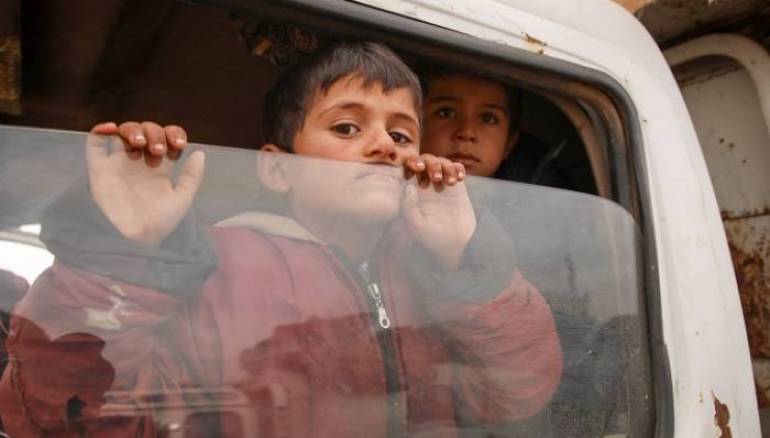 1. Syrian regime troops began clearing barricades from the main highway between Damascus and Aleppo on Saturday after taking full control of the road during a Russian-backed offensive.  A reporter with state-run the Al-Ikhbariya news channel, broadcasting from the highway on the outskirts of Aleppo, said clearing the barriers started in the early hours of Saturday. Restoring regime control over the M5 has been seen as a major objective of the Russian-backed offensive that has been underway since early December in the rebel-held northwest.

2. On Saturday, Turkey’s vice-president hit back at Russian accusations of failing to honor a 2018 deal, by insisting it carried out its responsibilities in Syria’s Idleb. “Observation posts were set up and the regime had to stay outside of this area. Russia and Iran were to ensure the regime stayed outside, Turkey had responsibilities too, Turkey fulfilled these,” Vice-President Fuat Oktay told NTV Channel. “Undertaking an extremely risky and difficult duty, Turkey took real initiative to stop the bloodshed of civilians and prevent a new migration wave and to ensure it did not become a terror nest.”

3. Rebels have launched a counter-offensive in the southwestern countryside of the Aleppo Governorate after losing several areas to the Syrian army over the past 72 hours, Al-Masdar reported.  Led by Hay’at Tahrir al-Sham, the jihadist rebels began their attack on Sunday in typical fashion, as they sent a suicide bomber towards the Syrian Arab Army’s defenses west of Kafr Halab.

4. Head of the Civil Aviation Committee of Armenia, Tatevik Revazian, announced that this year Syria and Armenia,intend to sign an agreement on establishing direct air communication between the two countries. Revazian said in a speech, quoted by SANA at the Armenian Parliament in Yerevan that direct air communication between Syria and Armenia will be established during this year.