Turkey has given a Faylaq al-Sham two shoulder-mounted anti-aircraft missiles, although it is not known if they were used recently to shoot down a helicopter reports Jesr. 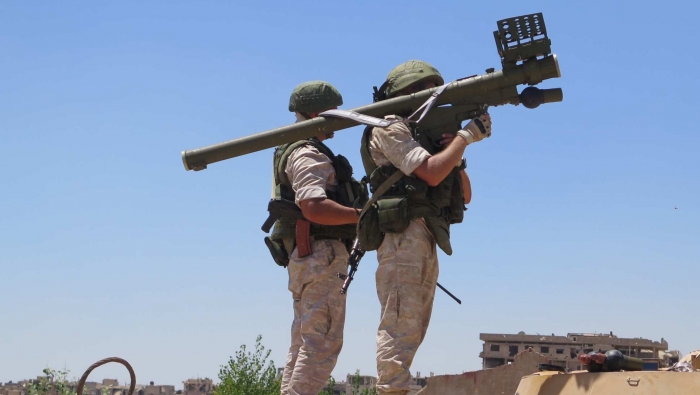 Jesr has learned from sources that the Turkish army has delivered Faylaq al-Sham, part of the National Front for Liberation, one of the formations of the National Army, two advanced shoulder-mounted anti-aircraft missiles.

The source did not specify the type of these rockets, and also did not say if the regime aircraft downed today was with one of these missiles.

Opposition fighters downed a regime forces helicopter while it was flying above the town of Qmenas southeast of Idleb.

The delivery of this limited quantity to a faction close to Turkey is a hint from Ankara about the possibility of escalation to the maximum possible extent.

Turkish President Recep Tayyip Erdogan said that “the Syrian government will pay a heavy price” for the attack on Turkish soldiers, which killed five and wounded others.

He added: “Tomorrow we will announce the steps we will take in Idleb,” saying, “We have responded strongly to the attacks of the Syrian regime and have incurred losses, but this is not enough.”