Syria has said that those who left the al-Rukban Camp have now returned to their home and have resumed employment writes SANA. 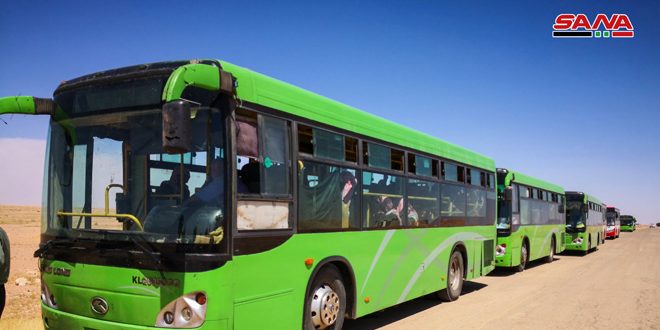 The Coordination Body for the Return of Displaced Syrians affirmed that all the displaced people who left the al-Rukban Camp have returned to areas of their residence and resumed their work in agriculture and others fields.

In a statement on Sunday, the body refuted rumors circulated by the US occupation that the government had arrested some of those who got out from al-Rukban Camp.

The statement indicated that those rumors aim to prolong the detention of the Syrian citizens in al-Rukban Camp by the American occupation and the terrorists it supports.

Transportation was provided to all those who got out of the camp in several batches, the statement said, adding that temporary shelters was provided to them in Homs province, in addition to food supplies and medical care.

The statement added that the necessary personal documents for those who do not possess such documents was provided, and the people who left the camp were given the freedom to stay in the temporary shelters or leave to any area they please, noting that all of them have left the shelters and most of them resumed work in agriculture and other professions in their original areas of residence.