Refugees sentenced in Lebanon, skirmishes between US and Russian fighters, Jabhat al-Nusra attacks continue and the Syrian army advances. Catch up on everything that happened over the weekend. 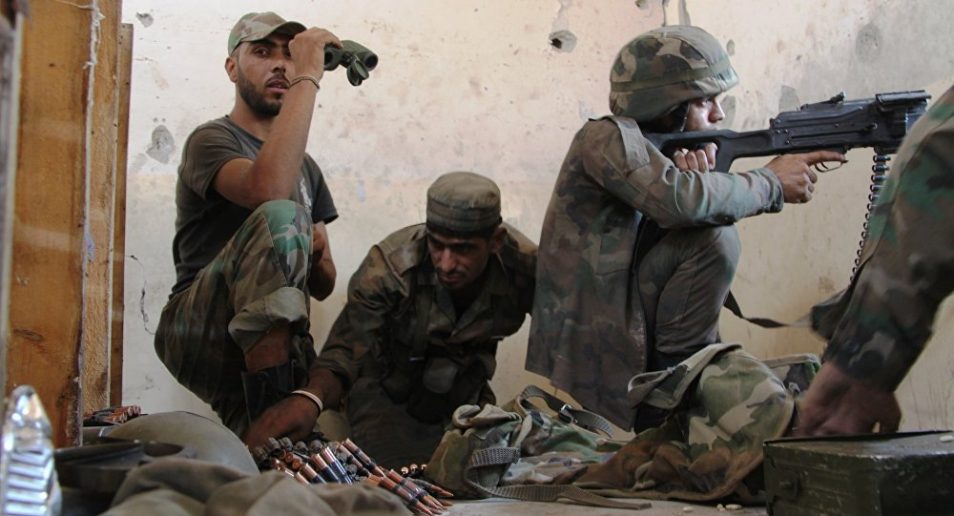 1. A Lebanese military court sentenced a Syrian refugee to three years hard labor on charges of affiliation with the Islamic State (ISIS) and planning to commit crimes against the Lebanese people and undermining the authority of the state, activists said Saturday. Zaman Al Wasl added that the court also sentenced, in absentia, four Syrian refugees to a life imprisonment with hard labor for belonging to ISIS. Mostly from the same family.

2. On Saturday, the Lebanon-based Al-Mayadeen TV reported that skirmishes took place between Russian and US forces in northeastern Syria. The skirmishes took place near the key town of Tel Tamr, where the US forces previously blocked Russian troops from entering. They reported shortly after that Russian military choppers were flying over the area, but did not provide anymore details.

3. A military source said that the Syrian Arab Army is determined to put an end to the breaches and attacks by Jabhat al-Nusra terrorists and affiliated groups against civilians and army positions in Aleppo and Idleb. The source told SANA that al-Nusra and groups fighting alongside it continue to commit daily breaches of the de-escalation zone in Idleb and west Aleppo, targeting residential areas and army positions with rocket shells and car bombs that claim multiple lives and spread destruction and fear, and this cannot be permitted.

4. On Friday, Syrian regime forces inched closer to capturing a key rebel-held city in northwest Syria following pitched battles with rebels that killed 23 fighters. The Syrian Observatory for Human Rights said Damascus loyalists seized the villages of Deir Sharqi and Deir Gharbi in southern Idleb province, and were four kilometres from Maaret al-Numan. The rebel-held city is one of the largest urban centres in Syria’s last major opposition bastion and a key target of the regime, the monitor said. “Deir Sharqi and Deir Gharbi are the keys to capturing Maarat al-Nu’man,” the Observatory said.