A new law by the Assad regime is tightening the restrictions related to the buying and selling of real estate writes Alsouria Net. 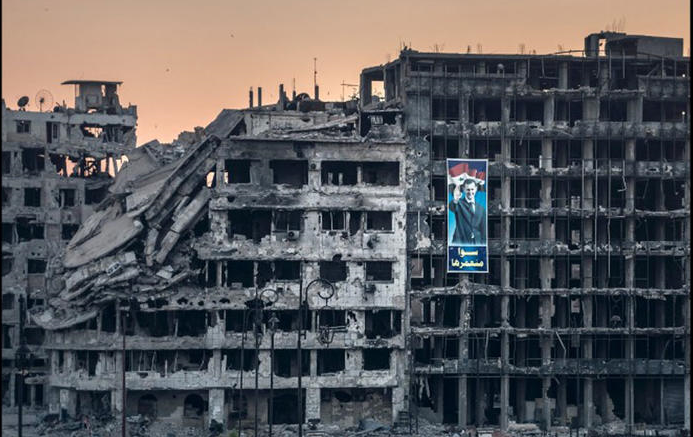 Two days ago, the Assad regime cabinet issued a new decision, “obligating legally-licensed and notarized public entities with records of real estate and vehicle ownership not to conduct purchase contracts or deal with agencies involved in completed or irrevocable sales, before attaching the payment price or part of it in the bank account of the owner or his public or private successor, or a legally certified agent,” with this going into effect, according to SANA, from mid-February.

According to the law, issued on Jan. 22, 2020, which was circulated in the official newspapers, the process of completing the clearing of sales operations after Feb. 15, 20202, will not be possible unless it is attached to a bank notification issued by a public or duly licensed private bank.

How will this affect the real estate market?

Regarding the consequences of this decree on the real estate market and sellers, Syrian lawyer Khaled R said that, “The recent decision will have many consequences, and will create major stagnation in the market, because it imposes restrictions on sellers and forces them to deposit their money in banks and makes them unable to obtain it for a long period.”

The lawyer, who lives in Lattakia, told Alsouria Net that, “the value of the properties deposited in the banks will be subject to the banking system, whether it is a current or a savings account, so that the buyer cannot withdraw the full amount directly, but rather with a higher ceiling set by the banks not to exceed 209,000 per week, and therefore the seller may need to wait many months to benefit from this amount.

The lawyer, who asked not to have his full name used because he lives in a regime-controlled area, added that, “reports about the possibility of recording that fake numbers could be use for sales operations, to keep away the high value of taxes imposed on sellers—thereby putting only a portion of the value of the sale in the bank—will not be possible, because the price will also be subject to a financial estimate before approving the process to clear it.”

The lawyer pointed out that there are logistical obstacles to implementing the decision, “the most prominent of which is the difficulties accompanying the process of opening bank accounts for citizens and the lack of ATMs.” This was also reported by loyal websites, quoting a manager at the Syrian Commercial Bank, who acknowledged there are obstacles preventing the decision’s application “due to difficulties in developing and modernizing the technical banking system in use”.

A member of the local coordination committees in the city of Jableh, Abu Yusuf Jabalawi, spoke about the difficulties the decision will create for residents, and said that it was “part of the blackmail carried out by the regime against the people.”

Jabalawi told Alsouria Net: “Forcing people to put their money in the bank, paying a commission for the continuous withdrawals, and paying exorbitant taxes on sales to the regime’s benefit, without any actual return for these taxes on the ground that improves their living conditions is nothing but a continuation of the suffocation. ”

He pointed out that the new decision will also make it difficult for Syrians abroad to dispose of their property “since they do not have accounts in Syrian banks, and therefore they are forced to rely on brokers or agents to complete this process, which increases the risk of fraud.”

Jabalawi expected that Syria’s banks would repeat the scenario of Lebanon, by further limiting withdrawals from banks, and thus losing the value of these funds over a long period which will force sellers to leave it, with the Syrian currency still in decline.

This decision comes in parallel with the continued deterioration of the Syrian pound against other currencies, especially the dollar, and the regime tightening its security grip on those dealing in foreign currencies.

Regarding the benefit of this decision for the regime, and the possibility of improving the Syrian pound’s exchange rate, economist Hassan Shaheen said that the decision aims for, “the Central Bank to take control over the monetary supply in the country and reduce the currency supply in the markets, increasing demand for it, and thus improving its price,” The regime can also make more from citizens by limiting wide-scale tax evasion.

But Shaheen believes that the possibility of improving the pound’s exchange rate will remain limited, especially given the upcoming application of the Caesar Act, because “the Central Bank is already suffering from the inability of market intervention and injecting foreign currencies, because it does not have high reserves, and therefore the demand will remain greater than supply. ”

The economist pointed out that, “the regime’s tendency to interfere with buying and selling operations, means that the Central Bank has exhausted most of its internationally-known tools for intervening in markets, such as interest rates and currency injections, and therefore it is criminalizing dealing in foreign currencies, and the recent closure of exchanges and exchange companies, confirms the Syrian economy is heading towards a further deterioration.”