The ongoing economic crisis in Syrian continues to put pressure on ordinary citizens, with prices increasing more than 22-fold since the start of the war reports Asharq Al-Awsat. 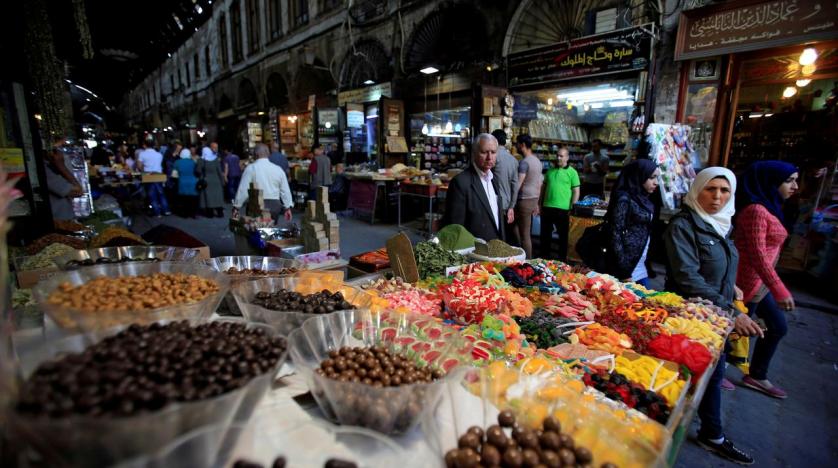 Contrary to the Syrian government’s expectations that 2020 would mark the start of reconstruction, flow of investments and economic recovery, economic conditions have severely deteriorated with an unprecedented decline in the value of the Syrian Lira against the US dollar. In parallel, there has been a massive inflation, increasing the suffering of the people, the vast majority of whom live below the poverty line.

Economists attribute the increasing economic deterioration to the adoption of the Caesar Syria Civilian Protection Act, which US President Donald Trump will use to force Damascus and Moscow to walk seriously in the path of a political solution.

The Caesar Act is a US legislation that sanctions the Syrian regime, including Syrian president Bashar al-Assad for war crimes against the Syrian population.

In the pre-war years, Syria witnessed a remarkable improvement in economic and living conditions, especially between 2000 and 2010, during which the country became the only Arab self-sufficient economy. Syrian industries exceeded the size of industries in most countries in the region, exports had a massive reach, investments from abroad were trending and the value of the Syrian Pound against the US dollar was stable at 45 and 50.

But the situation reversed with the outbreak of peaceful protests in mid-March 2011, which later turned into an ongoing war.

The value of the Syrian Lira witnessed a gradual decline, and reached about 640 in 2016 when then-US president Barack Obama threatened to strike sites in Damascus. But the exchange rate improved and was stable at around LS440 throughout 2017.

At the beginning of 2018, in parallel with a deteriorating energy sector, the value of the Syrian Pound against the USD dropped again, reaching about 550 in February, then 683 last September. It improved somewhat afterward, and then deteriorated again reaching 768 with the outbreak of the economic crisis in Lebanon.

In a bid to appease angry Syrians, Assad increased the salaries of employees by LS20,000 or the equivalent of USD25.

The average monthly wage of workers in the public sector ranges between LS20,000-40,000, and in the private sector between LS100,000-150,000. The minimum income needed to provide the basic monthly necessities is LS 100,000. Studies and reports confirm that more than 93 percent of Syrians live below the poverty line.

However, continued protests in Lebanon led to a further currency crisis, as the Lira’s value against the USD unprecedentedly reached 1,100.

Prices have increased more than 22-fold since the start of the war, or by 2,400 percent.

A kilo of sugar now costs LS600, compared to LS250 in September, while one kilo of lamb meat jumped to more than LS12,000 after it was approximately LS7,000.

With regards to foreign deposits, according to a study prepared by the head of the banking department at the Faculty of Economics at the University of Damascus, Ali Kanaan, and published by pro-government Al-Watan newspaper, the deposits of Syrians in Lebanese banks are estimated at about USD45 billion.

The study confirms that these estimates concern deposits of individual Syrians – investors and businessmen in particular – without counting the deposits of some banks and insurance companies. When these bodies are taken into account, the total deposits would exceed USD50 billion, according to the study.

The monetary and financial effects of the Lebanese crisis reflected quickly on the Syrian economy. Measures taken by Lebanese banks, including the payment of remittances received from abroad to the Syrians in Lebanon in LBP instead of USD, deprived the Syrian economy of approximately USD4 million a day coming from Lebanon to Syria to finance and support Syrian families.

According to a World Bank study on the impact of the war on economic and social outcomes in Syria until early 2017, the disruptions resulting from the conflict and international sanctions reduced Syrian exports by 92 percent between 2011 and 2015.

Budget revenues decreased from 23 percent of GDP in 2010 to less than 3 percent in 2015. This is mainly due to the decline in oil revenues and taxes, the collapse of international trade due to sanctions, the growth of the informal economy, and the weak ability of the administration to collect taxes. As a result, the overall public debt increased from 30 percent of GDP in 2010 to 150 percent in 2015.

Economists believe that, in addition to the previous sanctions imposed on Damascus and the current events in Lebanon, the most prominent factor in the unprecedented currency devaluation and the aggravation of the economic situation in government-controlled areas was due to the adoption of the US Caesar Act, which calls for severe sanctions against Damascus and the countries and companies that want to contribute to its reconstruction.

“The law has not yet been implemented, and the dollar has reached LS 1,200; so what will happen when the law is put into force?” an economic expert asked.

“All talk about reconstruction, flow of investments and economic recovery will be just an illusion if the path to a political solution is not taken seriously,” he added.