Assad send his condolences to Oman, reinforcements reach Aleppo province, resolutions for aid delivery is extended and shepherds slaughtered. Catch up on everything that happened over the weekend. 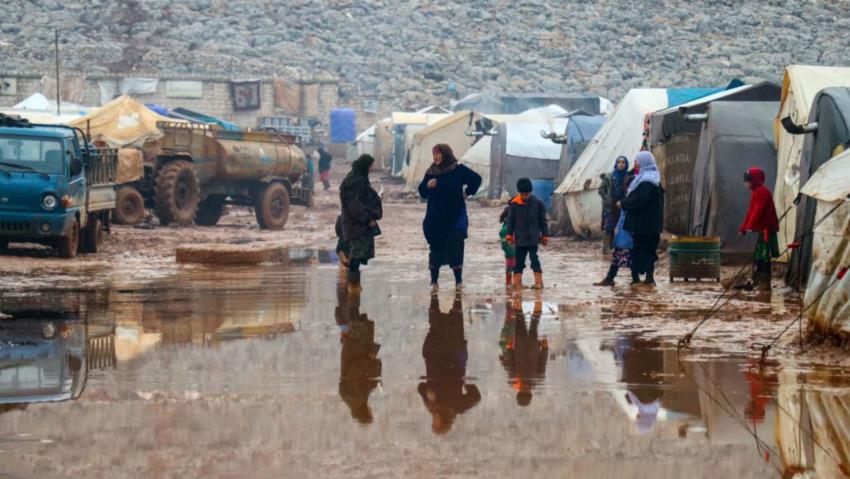 1. On Saturday, President Bashar al-Assad sent a cable of condolence to the new Sultan of Oman, Haitham bin Tariqh al-Said, expressing, on behalf of the Syrian people and on his own behalf, heartfelt condolences over the death of Sultan Qaboos bin Said, wishing Oman Sultanate and its brotherly people more progress and prosperity. According to SANA, Assad said that the late Sultan may now rest in peace.

2. With a ceasefire announced in Idleb provonce, the Syrian Arab Army has shifted their attention to Aleppo, where their forces have been deploying reinforcements day-after-day. According to a military source in Aleppo, the Syrian Arab Army sent a large convoy of reinforcements to Aleppo on Sunday morning. Many of these troops were previously deployed on the southeastern front-lines of Idleb. The source told Al-Masdar that the reinforcements arrived in the southern countryside of Aleppo province with heavy armor, including several tanks and BMPs.

3. On Friday, the UN Security Council adopted a resolution to extend authority of its resolution related to the movement of humanitarian aid into Syria for another six months, allowing humanitarian convoys heading for Syria to cross borders. SANA reported that Syria’s permanent representative to the UN, Dr. Bashar al-Jaafari said in a statement following a vote on the draft resolution that since the terrorist war, Syria has exerted its best efforts to guarantee the continuation of basic services and offer humanitarian aid and support to all its citizens without any discrimination. He affirmed that improving the humanitarian situation in Syria requires supporting the State’s efforts and the lifting of economic coercive measures imposed on its people.

4. Pro-Iran militants have slaughtered six shepherds in northern Aleppo province, committing the second crime against shepherds in four days, after the Raqqa massacre that left 27 dead, local activists said. The Shiite militias, according to Zaman Al Wasl, beheaded the victims near the village of al-Khefiya. Activists said the gruesome crime was in retaliation to the death of Qassem Soleimani, the former leader of the Quds Force and all Shiite militias in Syria, who was killed last Friday in a US airstrike near Baghdad’s airport along with top Shiite militants.