US forces have evacuated their base in Khirab al-Jir on the Iraq border, which they had occupied for seven months reports Brocar Press. 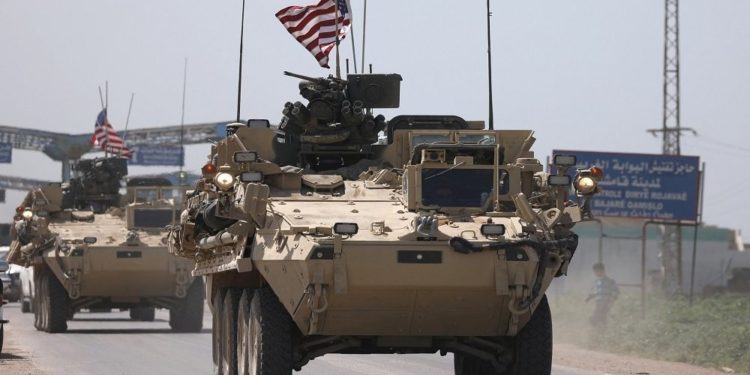 On Wednesday, American forces evacuated their base in Khirab al-Jir in the al-Malakiyeh area in Hassakeh in northeastern Syria.

American forces had occupied this base near the Iraqi border for seven months.

Local sources said that dozens of trucks left the base loaded with military equipment and vehicles, before heading towards the al-Suweidiyeh area in the oil-rich Hassakeh area.

It is not yet known whether this convoy will stay in al-Suweidiyeh or will continue through the al-Walid border crossing into northern Iraq.

The withdrawal came after Iranian television announced that Iran had carried out missile attacks on American bases in Iraq, including Ayn Assad, in response to Washington killing Qassem Soleimani, commander of the Revolutionary Guard Quds Force with a strike at Baghdad airport. America did not announce any dead.

American forces redeployed in Hassakeh following the American-Turkish deals after the Turkish Operation Peace Spring in Syria. They withdrew from a number of their bases, and the withdrawal was accompanied by the reinforcement of their bases in Himo, which is to the west of Qamishli city, and the al-Shadadi base near the oil field and the Rumailan base, and established a new base in the Awdah oil field east of al-Qahtani in Hassakeh.