Syria's losses during the war have been estimated to be in the hundreds of billions of dollars, with little sign of respite writes Sputnik. 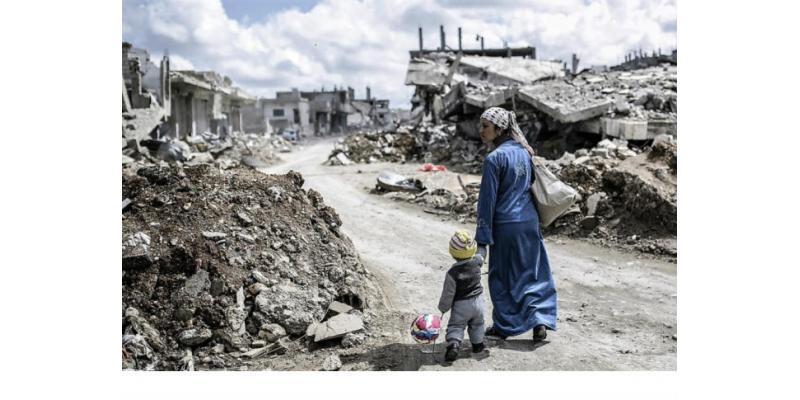 Assistant Syrian electricity minister and economic expert, Hayan Salman, estimated his country’s direct and indirect losses, due to the war that has been going on for the past nine years, at about 255 billion dollars.

Salman: “A number of committees have been formed to evaluate the losses, but no entity is able to do so fully for a number of reasons, including the fact that the war has not yet ended. There is Turkish penetration and American occupation of areas that represent Syria’s wealth, and their situation and the extent of losses there is still not known.” He noted that the “levels of damage range between complete and partial.”

He added: “There is a need to import more supplies and tools used in reconstruction, but their prices are linked to the exchange rate, which is oscillating from day to day due to a number of domestic and external factors.”

Salman revealed that there had been a decline in Syrian gross domestic product from 70 billion dollars in 2010 to 17 billion in 2016.

He continued, saying that: ”This is a major loss, just as there are direct and indirect losses in the electricity sector, which have reached more than 2,500 billion Syrian pounds (the US dollar is 520 Syrian pounds) and in the oil sector of more than 60 billion dollars. There are researchers who estimate the extent of losses at more than a trillion dollars.”

The assistant electricity minister said that despite more than nine years of war, along with economic blockade and sanctions, his country had been able to register a series of victories, and that it would soon declare the final victory. He added that this was due to a number of factors, most importantly, a reliance on the Syrian people themselves and on a diversified economy based on agriculture, industry and services, as well as support from friends, led by Russia, which offered all its capacities and assistance, whether on an economic, political or social level.

He added: “The economic situation in Syria has been greatly affected and has gone through a number of phases, and in general Syria has acclimated with every stage. In the fourth quarter of the year, Western forces insisted on bringing down the Syrian state by strengthening the economic blockade, which pushed the country into heating and electricity crises, but Syria adapted to that, and relied on its own available resources as well as rational adoption in distribution in cooperation with friends, in particular Russia and Iran, which supported Syria in overcoming the largest aspects of difficulties.”