Following an attack, the Homs Refinery Company has been quick to contain the situation and resume production writes SANA. 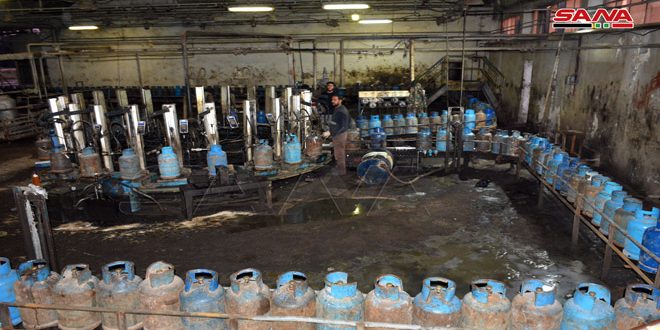 Despite being targeted by a terrorist attack on Saturday, Homs Refinery is still producing cooking gas cylinders.

The Director General of Homs Refinery Company, Haitham Msoker, told SANA’s reporter that precautionary measures were taken as soon as the refinery was attacked and a number of units were shut down and were later restarted, after the fire that broke out as a result of the attack was brought under control.

He said that two distillation units are currently operating, and that all maintenance and repairs will be concluded within three days.

Msoker said the gas pellets container, which sustained a small puncture, contained only a small amount of gas and was cooled until the fires died down, and that the overall damage is slight, and limited to some pipes and cables.