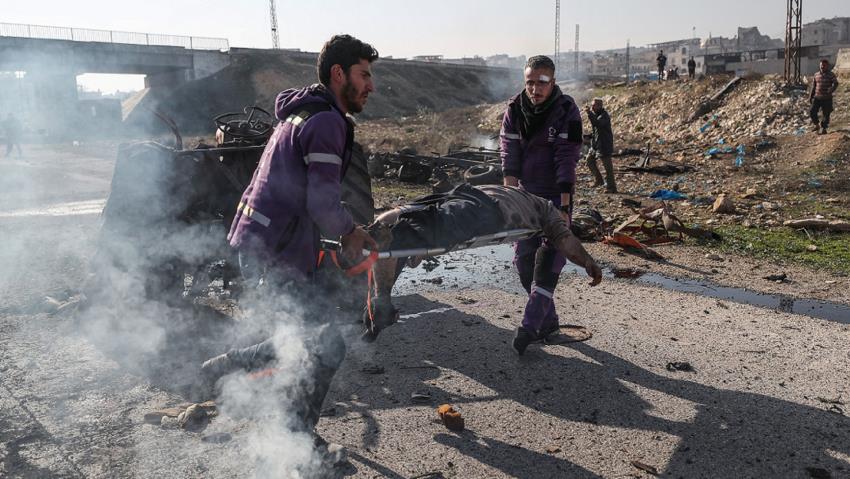 Syrian air defenses opened fire on missiles fired from inside Israel on Sunday, according to state media.

Syrian state TV was scant on the details but did confirm explosions were heard near the capital, with one of the Israeli missiles being reportedly shot down near Aqraba.

“In the Israeli missile attack last night south of the Syrian capital, at least three foreign nationals – probably of Iranian origin – were killed,” the organisation said.

Israeli warplanes were heard flying over Lebanon and in the country’s airspace around the time of the airstrikes in Syria.

There was no immediate comment from Israel, but an Israeli army spokesperson told Al Jazeera that it would not comment on reports in foreign media.

Last month, Israel claimed it had hit a number of Iranian targets in Syria in a “wide-scale” operation in the region as a response to rocket fire on the Golan Heights the day before.

Meanwhile, two children and one woman were killed last Monday in Russian airstrikes on the Syrian town of Binnish in eastern Idlib province, as well as four other people who were injured.

The latest escalation comes as Syria’s regime and its Russian ally resumed airstrikes on Idlib at the start of November, following a two-month lull. The civilian death toll from the ongoing regime and airstrikes reached 22 on Sunday, local sources told The New Arab’s Arabic-language service.

Six people were killed in the besieged city of Maaret al-Numan, where the regime and a Russian aircraft trapped the remaining civilians in the city by allegedly bombing any vehicle attempting to leave. Meanwhile, nine others were killed in nearby towns of Telmans and Deir al-Sharqi, as well as an additional six in the town of Maasaran.

Syrian opposition sources say that the regime and its allies are likely to launch a wide-ranging ground offensive in the province, which is the last area of Syria held by anti-Assad rebels, soon.

Idlib province has been dominated by the hard-line Islamist group Hay’at Tahrir Al-Sham (HTS) since January 2019, however Russia intentionally targets civilian areas and facilities such as schools and hospitals in its bombing campaign.