The regime is using Law No. 10 to seize opposition property in the neighborhoods of Baba Amr, al-Sultaniyah and Jobar in Homs province writes Zaman Al Wasl. 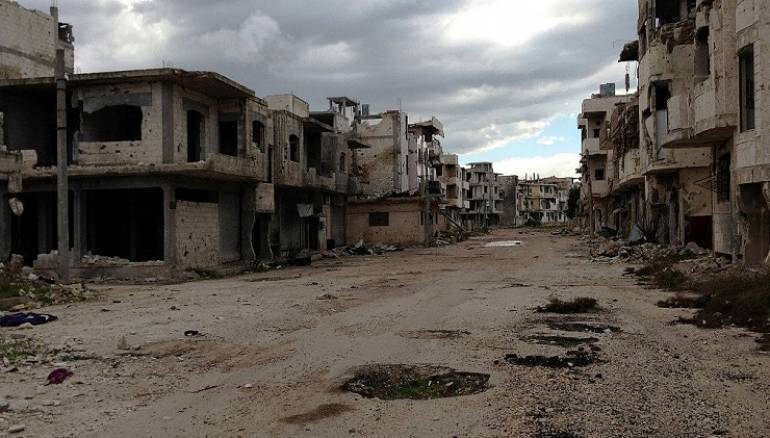 In accordance with Law No. 10, the regime began taking over three neighborhoods in central Homs city, back in April 2018, seizing the properties of civilians opposed Bashar al-Assad.

Talal al-Barazi, Governor of Homs, said that the neighborhoods of Baba Amr, al-Sultaniyah and Jobar are being organized and reconstructed in accordance with Law No. 10, as the provincial council, “has approved to amend organizational plans for a number of neighborhoods in Homs.” In a video, the Prime Minister said that the organization of the Jouret al-Shayah and al-Qusur is underway, revealing a plan to organize Tadmur, al-Hisn and al-Rastan, in the countryside.

The homes and stores of the displaced present an easy target for the regime.

Law No. 10—which could impact millions of displaced Syrians—was issued in April 2018 under the pretext of regime efforts to counter terrorism and re-zone illegal housing areas across Syria.

The overall stated purpose of Law No. 10 is to allow the regime to reclaim private property, with the goal of reconstructing destroyed neighborhoods. The law also extends to illegal housing–a long standing problem the regime sought to rectify with various laws, both prior to and after the outbreak of war, according to the Atlantic Council.