New committees from the Republican Palace have been imposing steep fees on traders and threatening even higher fees for those who do not agree writes Al-Modon. 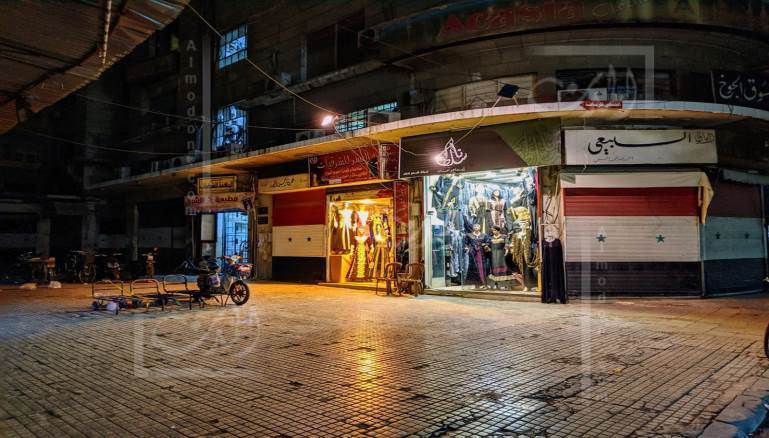 Sources told Al-Modon that the Finance Ministry’s old committees had completely changed about three months ago, and that new committees from the Republican Palace had been appointed, which resemble intelligence groups, tasked with obtaining taxes from traders without any consideration for the market’s situation.

A worker in the United Exchange Company, which is owned by the husband of the daughter of former Damascus Governor Bishr al-Saban, leaked that the “tax inquiry” committees entered the administrative offices and forcefully demanded the accounts, and to inspect the computers. Despite the company’s owners have relationships with influential regime figures, an altercation took place with committee members, who threatened the administration members with arrest if they did not let them access the company’s data.

The committees imposed a fee of 60 million Syrian pounds annually on the company, in addition to fining them for past amounts, coming to millions of pounds for previous years. The company works in transfers, banking and money changing. The company is suffering, like all transfer and banking companies, from the major decline in business and profits due to the major gap between the Central Bank price and the black market.

The owner of an alcoholic drinks shop in Damascus told Al-Modon that the committees entered his shop and made a precise inventory of its contents and the storehouse and imposed an annual tax of eight million pounds on him.

The operation also included empty bottles that were not for sale which the merchant had put up as decoration in the shop.

Not far away from this shop, the committees entered a bar in the Bar Sharqi area and estimated its “tax fee” at three million pounds a year, including for more than 100 empty bottles in the neighboring storehouse, noting that the price for goods there was no more than 1.5 million pounds.

A trader in the al-Hamra market told Al-Modon that the tax fee for the clothing shop he owns was raised by the new committees from 400,000 pounds to two million pounds a year, without any clarification why. When the trader threatened the committee members with registering an objection, they responded that the objection would raise the fee from two million to three million pounds.