A visiting German delegation met with Assistant Foreign and Expatiates Minister Ayman Sousan, who lamented the EU's subservience to US polices writes SANA. 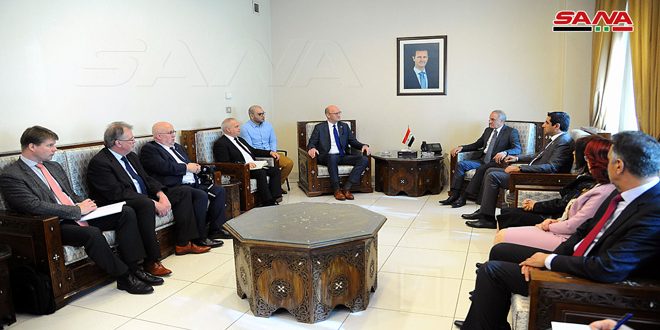 Sousan briefed the delegations on developments in Syria, asserting the country’s commitment to fighting terrorism until it is fully eradicated, as well as affirming its determination to end any illegal foreign presence in Syrian territory.

He also stressed that Syria’s unity is a red line that cannot be crossed, and that the Syrian constitution is a sovereign issue in which no side may interfere.

Sousan also said that due to its blind subservience to US policies, the European Union has lost its direction and identity and became marginalized.

For their part, the delegation members expressed their opposition to the EU’s policy regarding Syria, calling for sanction to be lifted and for the reconstruction efforts to be supported to facilitate the return of displaced Syrians to their homeland.