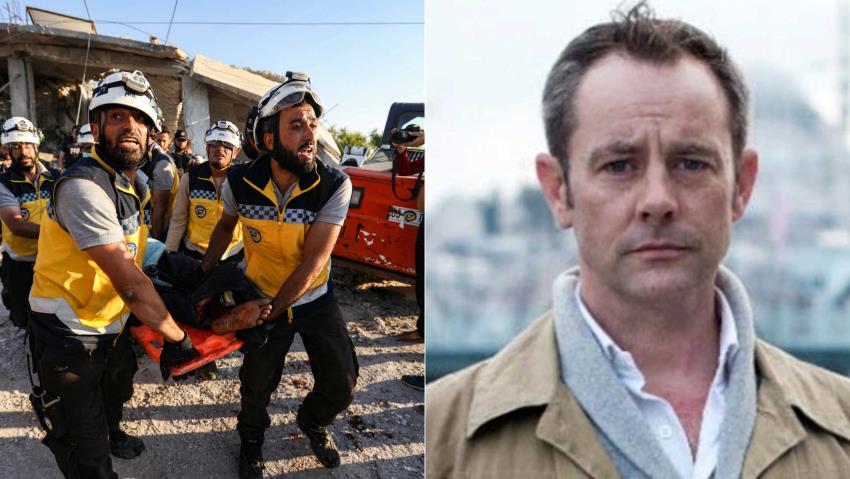 A former British military officer who was a key backer of Syrian rescue organisation the White Helmets has been found dead in Istanbul, reports say.

James Gustaf Edward Le Mesurier founded the Mayday Rescue Foundation, a not-for-profit which has equipped and trained the Syria Civil Defence, better known as the White Helmets, since 2014.

Le Mesurier was reportedly found dead after “falling” from the balcony of his Istanbul home, Turkish media reported.

Friends of the philanthropist and former army officer later confirmed his death without stating a cause. The White Helmets also confirmed Le Mesurier’s death to Israeli public broadcaster KAN.

“It is with a deeply heavy heart that I do this, but I can confirm my friend James Le Mesurier, founder of Mayday Rescue of White Helmets fame, died at his home in Istanbul last night,” Oz Katerji, a British journalist formerly based in the city, said in a tweet. “I am profoundly saddened by this, [James] was a brave & decent man who saved countless lives.”

“Just heard very sad news confirming the death of [Le Mesurier] may he rest in peace,” AlGhazi said in a tweet. “Thank you James from all Syrians whom you helped to save.”

It is with a deeply heavy heart that I do this, but I can confirm my friend James Le Mesurier, founder of Mayday Rescue of White Helmets fame, died at his home in Istanbul last night. I am profoundly saddened by this, Jakes was a brave & decent man who saved countless lives.

BBC journalist Mark Urban stated in a tweet Le Mesurier had died “died after ‘falling’ from his flat in Istanbul”, adding that a former colleague of the MayDay Rescue CEO had told him it’s “not possible to ‘fall’ from that balcony”.

That account was later confirmed by Turkish media, which stated Le Mesurier’s body had been found on a street in Istanbul’s central Beyoglu district at dawn.

His wife reportedly told police that the incident must have occured while she was asleep, adding that her husband had taken sleeping pills before going to bed.

Police sources also said no one had been seen entering or exiting the building on security footage.

He was widely lauded for his work, having received the prestigious Order of the British Empire (OBE) in 2016 for “services to Syria Civil Defence and the protection of civilians in Syria”.

At the same time, supporters of Syrian President Bashar al-Assad have attacked Le Mesurier for his work with the White Helmets, with Russian state media outlets and supporters of the regime having previously deemed the MayDay Rescue founder as a “British intelligence agent” and “MI6 officer”.

In recent days, those claims have resurfaced.

Russian Foreign Ministry spokeswoman Mariya Zaharova on Friday said the founder of the White Helmets was a “former MI6 agent”, according to Sputnik Turkiye.

Le Mesurier had been “been spotted all around the world” and had “connection to terrorist groups” in Kosovo, the ministry’s official Twitter account claimed.

Raed al-Salah, head of the White Helmets, told The Independent that police were yet to reach any conclusions over Le Mesurier’s death.

“We are waiting for the police report,” he said, adding that the Syria Civil Defense was “devastated” by his death.

“James is a close friend to us and to the Syrian people,” Salah explained.

“I have no idea whether Le Mesurier was once in MI6 before… But it will now fall to Turkey to conduct a thorough investigation, in order to ascertain whether there was state involvement & the info campaign against him was a prelude to murder,” said Urban.