The Pro-Justice organization has released the Blacklist, which details the war crimes committed in Syria and the people who are responsible writes Brocar Press. 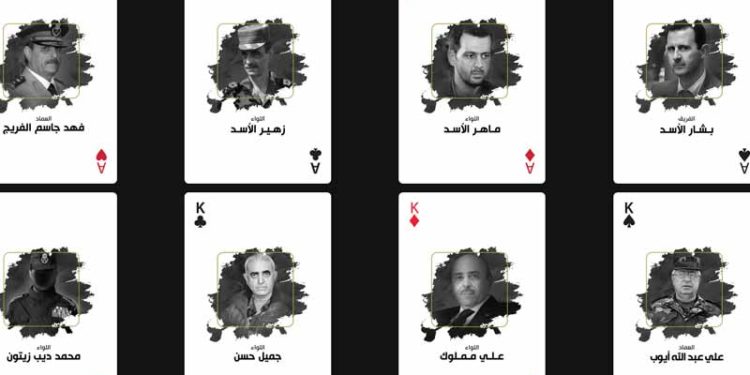 On Monday, the Pro-Justice organization issued the Arabic copy of the “Blacklist,” a list of violations carried out by the most prominent members of the Syria regime, during an event in the Turkish city of Istanbul, in cooperation with the Harmoon Center for Contemporary Studies. The Blacklist shines a light on the violations committed by the most prominent Syrian regime commanders and the types of crimes committed, and the available political and judicial means to bring the perpetrators to justice.

The executive director of Pro-Justice, Wael Sawah, said in a speech at the event: “We gathered information and figures for the victims and the crimes committed, as well as the related documentation. We can present this to the relevant bodies, with all the available evidence against figures who took part in crimes in Syria, to ensure that justice is achieved.”

Sawah said that the list tried to gather all matters related to war crimes and crimes against humanity in one place, to make it a reference for any researcher who wants to look into what happened in Syria. The Blacklist contains the names of 93 major criminals who carried out violations of human rights and war crimes in Syria.

He said that the importance of the list lay in the fact that it stressed that the political solution in Syria cannot be without legal accountability for all those who carried out war crimes, and praised the role of Turkey, who stood alongside the Syrian people. He said that this role included releasing the Arabic copy of the book in Istanbul before any other location.

The book is composed of three chapters:

Chapter One: Efforts to document the violations carried out by Syrian regime officials and the mechanism for accountability.

Chapter Two: The most prominent violations carried out by the regime.

Chapter Three: The names of perpetrators in Syria.

The book includes the names of the worst men in the Syrian regime and their shabiha, who carried out or ordered war crimes and crimes against humanity. At the top of the list is regime head Bashar al-Assad and his brother Maher, in addition to Ali Mamlouk, Jamil Hassan, and Hafez Makhlouf, as well as others responsible for the war crimes carried out in Syria over the last nine years.