A circular from the Syrian Central Bank has ordered the freezing of accounts belonging to some of Syria's most prominent business figures writes Brocar Press. 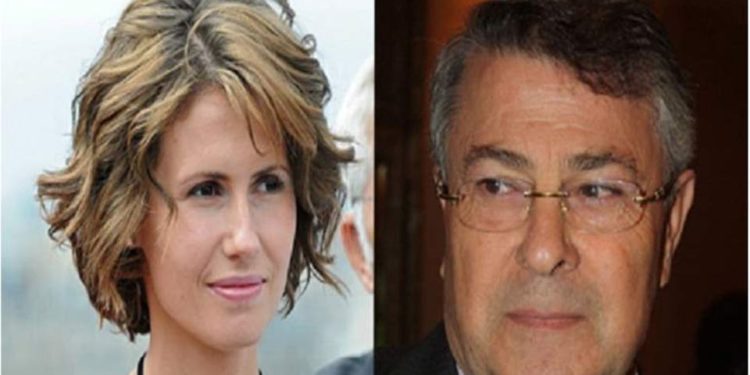 The Syrian Central Bank froze the assets of new businessmen, excluding deposits, while investigations are completed into their statements during a specific period.

This was announced in a circular issued by the bank on Oct. 7, 2019, saying that all banks operating in Syria must stop issuing facilities or mobilizing any accounts of these businessmen— Issam Anbouba, Akram Hourieh, Ibrahim Sheikh Deeb, Tarif al-Akhras, Mohammad Burhan al-Bardan, Mohammad Omar al-Bardan, Samer al-Dibs and Mohammad Mufleh al-Jandali —whether the accounts be in their names or their companies, until the control procedures are complete.

Tarif al-Akhras is a relative of Asmaa al-Assad, the wife of the Syrian regime head. His son was kidnapped in Lebanon about two months ago and then released in exchange for a large ransom, according to Lebanese media.

The Central Bank issued the circular on Thursday, allowing the businessmen to move their accounts payable (deposits), according to the All4Syria website.

The bank called for the Banking Supervision Directorate to be supplied within five working days with amounts that the figures mentions and how their related groups had benefited from 2011 to the end of September 2019 within the context of funding their imports from the Syrian Central Bank or from bank resources.

This measure comes after similar moves against Syrian economic moguls or major “warlords”, such as Rami Makhlouf, Samer Foz, the Qaterji brothers, Mohamed Hamshou, and others.

The journalist Ayman Abdel Nour, who published the circulars, said that these steps revealed the so-called “corruption administration” whereby the ruling regime allows a small group of fully loyal figures to do what they want with the country’s resources to make profits and to spread the concepts and values of corruption throughout society with the aim of mixing everything up.

He added on his personal Facebook page: “No one [in this situation] can criticize the other, because they are all either involved in large corruption or small corruption or are waiting their turn, and then the money collected by these people and stolen is plucked and gathered into the pockets of the regime to fatten a new group.”