As Turkey continues its assault on northern Syria, the UNHCR has highlighted the number of children who are displaced and that civilians must not be targeted reports Asharq Al-Awsat. 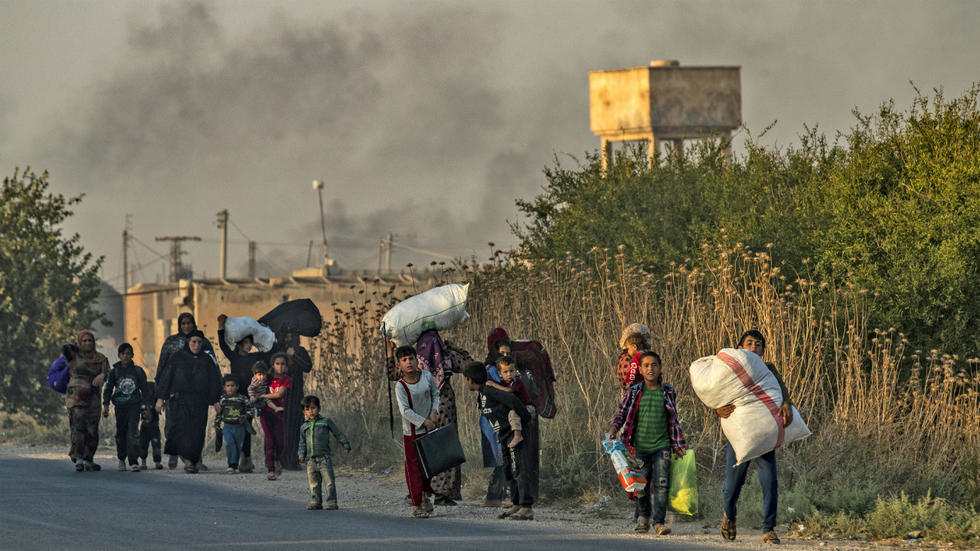 The UN refugee agency said on Thursday tens of thousands of civilians in Syria are on the move to escape the fighting and seek safety amid a Turkish offensive into the area.

The agency called on parties to adhere to International Humanitarian Law, including providing access for aid agencies.

It also said hundreds of thousands of civilians “in northern Syria are now in harm’s way. Civilians and civilian infrastructure must not be a target.”

The Britain-based Syrian Observatory for Human Rights said that more than 60,000 have fled their homes in northern Syria since Wednesday, the Associated Press (AP) reported.

UNHCR said after eight years of conflict, Syria remains the largest refugee crisis in the world, with 5.6 million Syrians living as refugees in the region.

Also, a group of 14 international aid agencies are warning of an escalating humanitarian crisis in northeast Syria.

They said “civilians are at risk as violence escalates and humanitarian work is suspended.”

According to AP, Thursday’s statement co-signed by the organizations — including Doctors Without Borders, Oxfam and the Norwegian Refugee Council — said an estimated 450,000 people live within 5 kilometers (3 miles) of the Syria’s border with Turkey “and are at risk if all sides do not exercise maximum restraint and prioritize the protection of civilians.”