A new film screening at the Malmö Arab Film Festival by Allaith Hajjo has been accused of whitewashing the image of Bashar al-Assad reports Zaman Al Wasl. 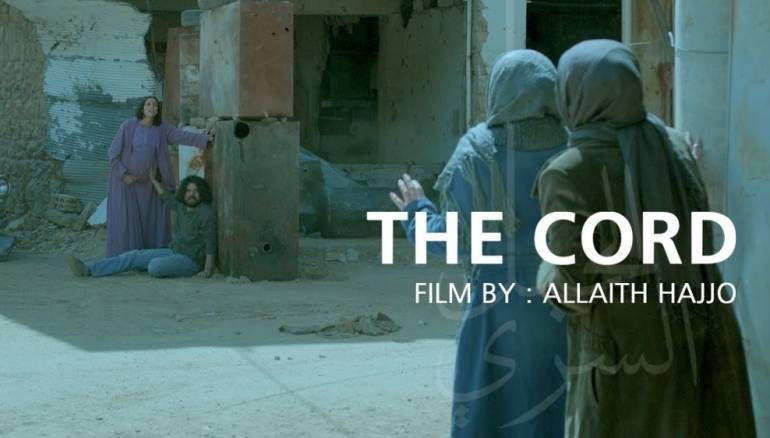 Malmö Arab Film Festival in Sweden has not responded to the demand of the Syrians Forward organisation in Malmö to ban a Syrian film that whitewashes the image of Bashar al-Assad.

Syrians Forward group said ‘The Cord’, which was filmed in the ruins of Zabadani town, northwest of Damascus, is a continuation of the state terrorism, calling on the festival management to withdraw it from its program, to avoid making the festival a “platform for Assad’s propaganda”.

The group considers the screening of Allaith Hajjo’s film, a pro-Assad director, in Sweden an attempt to terrorize Syrian refugees and survivors with slogans through which Assad seeks to be re-accepted in the international arena. It is an, “insult to those resting in the cemeteries, waiting for justice to calm their soul and the souls of their loved ones.”

The film tells the story of a woman who enters into an early labor and due to the siege imposed on her neighborhood with the midwife unable to reach her, and is helped by her husband to give birth amidst the threat of snipers and death. The film was screened at the Egyptian El Gouna festival and was awarded a prize at a French festival before being shown at the Malmö festival.

Since 2011, Zabadani and its villages and towns such as Madaya and Wadi Barada have faced the most heinous types of state and cross-border terrorism. Like other cities in Syria, it was the scene of crimes committed by the Assad army against its local population, with the support of sectarian terrorist militias like Hezbollah, the Iranian Revolutionary Guard and the Russian army. The inhabitants of the city have found themselves displaced since 2015.

Today, tens of thousands of Zabadani residents are living in exile and Assad’s detention camps and thousands of others have been killed. The famous Zabadani plain has turned into a desert after losing more than half a million fruit trees cut by Assad’s army and Hezbollah fighters and sold in Syria and Lebanon.