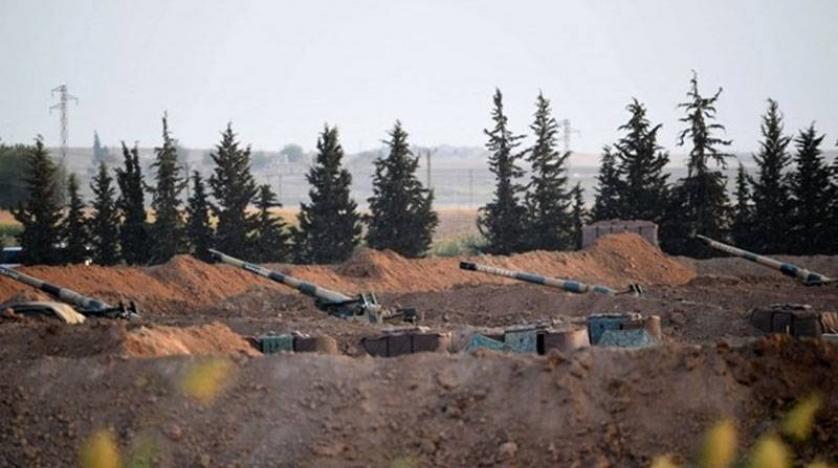 Turkey launched a military operation against Kurdish fighters in northeast Syria on Wednesday just days after US troops pulled back from the area, with airstrikes and artillery hitting YPG militia positions around the border town of Ras al Ain.

Turkish President Tayyip Erdogan, announcing the start of the action, said the aim was to eliminate what he called a “terror corridor” on Turkey’s southern border.

Turkey had been poised to enter northeast Syria since US troops, who had been fighting with the Kurds against ISIS, started to leave the area in an abrupt policy shift by U.S. President Donald Trump. The withdrawal was widely criticized in Washington as a betrayal of America’s Kurdish allies.

A Turkish security source told Reuters the military operation into Syria had begun with airstrikes.

Several large explosions rocked Ras al Ain, just across the border across from the Turkish town of Ceylanpinar, a CNN Turk reporter said. The sound of planes could be heard above and smoke was rising from buildings in Ras al Ain, he said.

World powers fear the action could open a new chapter in Syria’s war and worsen regional turmoil. Ankara has said it intends to create a “safe zone” in order to return millions of refugees to Syrian soil.

Erdogan earlier told Russia’s President Vladimir Putin in a phone call that the operation would help peace and stability in Syria.

In the build-up to the expected offensive, Syria had said it was determined to confront any Turkish aggression by all legitimate means. It was also ready to embrace “prodigal sons”, it said, in an apparent reference to the Syrian Kurdish authorities who hold the northeast.

Turkey views Kurdish YPG fighters in northeast Syria as terrorists because of their ties to militants waging an insurgency inside Turkey. An influx of non-Kurdish Syrians would help it secure a buffer against its main security threat.

Kurdish-led forces have denounced the US policy shift as a “stab in the back”. Trump denied he had abandoned the forces, the most capable US partners in fighting Islamic State in Syria.

The Kurdish-led authority in northern Syria declared a state of “general mobilization” before the looming attack.

“We call on all our institutions, and our people in all their components, to head towards the border region with Turkey to fulfill their moral duty and show resistance in these sensitive, historic moments,” it said in a statement.

Erdogan’s communications director Fahrettin Altun said Turkey had no ambition in northeastern Syria except to neutralize the threat against Turkish citizens and to liberate the local people from what he called “the yoke of armed thugs”.

Turkey was taking over leadership of the fight against ISIS in Syria, he said. YPG fighters could either defect or Ankara would have to “stop them from disrupting our counter-ISIS efforts”, he wrote in a tweet and in a column in the Washington Post.

Turkey’s Demiroren news agency said Syrian rebels had traveled from northwest Syria to Turkey in preparation for the incursion. They will be based in Ceylanpinar, with 14,000 of them gradually joining the offensive.

Syria is determined to confront any Turkish aggression “by all legitimate means,” media cited a foreign ministry source as saying on Wednesday.

The government “is ready to embrace its prodigal sons if they return to their senses,” it added, an apparent reference to Syrian Kurdish authorities who hold the northeast.

“We will do our best to support the start of such substantive talks,” Foreign Minister Sergei Lavrov told reporters during a visit to Kazakhstan.

Another Assad ally, Iran, urged Turkey to show restraint and avoid military action in northern Syria, although it said Turkey was “rightfully worried” about its southern border.

On Monday, Erdogan said US troops started to pull back after a call he had with Trump, adding that talks between Turkish and US officials on the matter would go on.

Trump’s decision to pull back troops has rattled allies, including France and Britain, two of Washington’s main partners in the US-led coalition fighting Islamic State.