Civilians on the border with Turkey have started to flee their homes ahead of an anticipated attack by Turkish forces east of the Euphrates reports Zaman Al Wasl. 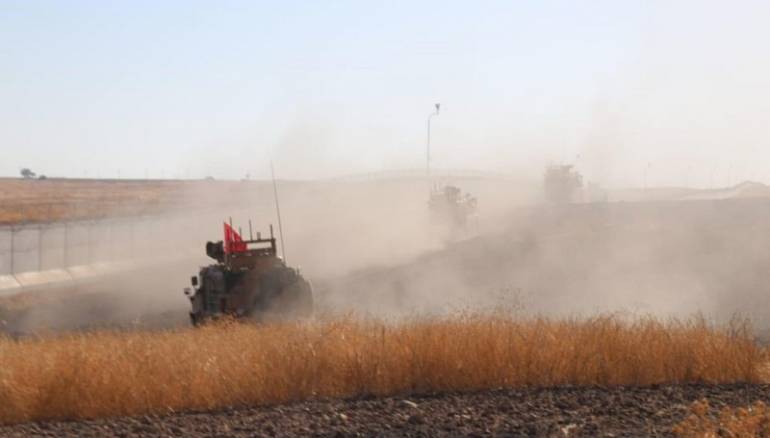 Activists reported a state of panic among the residents of the Kurdish-held territory near the Turkish border over an imminent Turkish military operation into northeastern Syria. Hassakeh-based activist Abdul Malek al-Ali said dozens of people have fled the town of Ras al-Ayn to the southern countryside of the border province. More people are due to leave, he added.

On Saturday, Turkish President Recep Tayyip Erdogan threatened to launch a military operation into northeastern Syria, where US troops are deployed and have been trying to defuse tension between Washington’s two allies — Ankara and the Syrian Kurds.

The Kurdish-led Syrian Democratic Forces (SDF) said it is committed to the agreement between Turkey and the US to preserve stability in the region.

“However we will not hesitate to turn any unprovoked attack by Turkey into an all-out war on the entire border to defend ourselves and our people,” the spokesman for the SDF Mustafa Bali tweeted Saturday.