Syria's Foreign Minister, Walid al-Muallem, was harassed by police and had his bags searched during his recent visit to the United Nations reports Brocar Press. 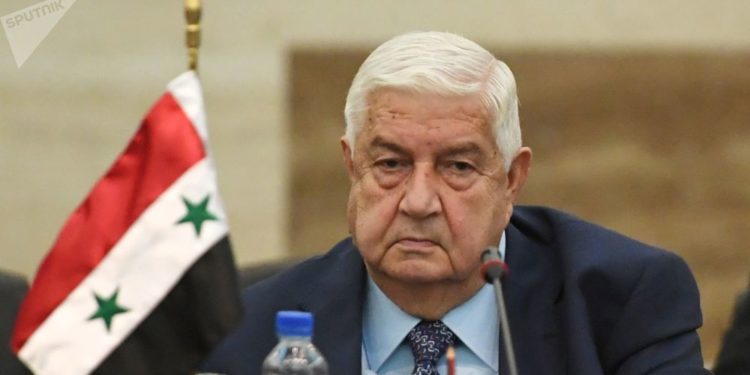 Media quoted an Arab diplomat as saying that the Syrian regime’s foreign minister and the delegation accompanying him to New York were treated in a highly insulting manner during their recent visit, saying that this occurred with the personal approval of United States Secretary of State Mike Pompeo.

The diplomat said that Walid al-Muallem was, “stopped in line at the John F. Kennedy airport and his fingerprints and photo taken, and was then made to stand and wait for his bags.”

The diplomat, whom media did not name, said that a New York police car left Muallem at the UN checkpoint, which forced him to walk, dragging his bag to where his hotel was.

When Muallem arrived at the hotel, his bag was passed by police dogs for them to sniff, and then they were searched by hotel employees.

The United States had imposed conditions on Muallem coming to New York for the 74th General Assembly session of the United Nations, with the United States saying he could attend as a visitor without granting protection or accompaniment.