President Recep Tayyip Erdogan has said that the country must face the terror threat towards the country's borders reports Anadolu News Agency. 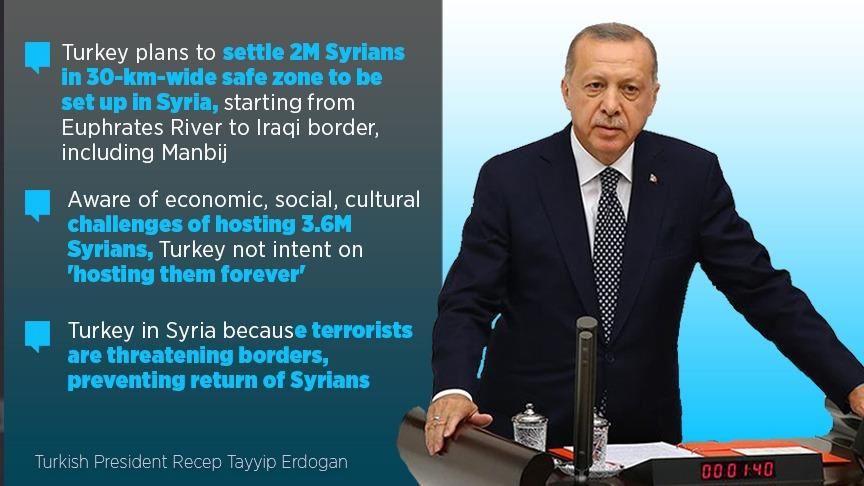 The only reason of Turkey’s existence in Syria is the terror threat towards the country’s borders, said the Turkish president on Tuesday.

“Turkey backs the territorial integrity of Syria and the political and administrative unity of Syrians,” President Recep Tayyip Erdogan said during his speech at the opening of Turkish parliament’s third legislative session of the year in the capital Ankara.

“The only reason of our existence in Syria is the terror threat towards our borders has turned to a barrier prevents the Syrians in our country,” said Erdogan.

We do not back the war, clash, blood shed, death or suffering in Syria, he said.

Syria has been gripped by conflict since 2011 when demonstrations seeking democratic reforms were fiercely cracked down on by the Syrian regime.

More than half a million people have died in the ensuing conflict and millions more have been displaced as large swaths of Syria have been reduced to rubble.