The regime and the opposition will share jointly the committee, according to Enab Baladi 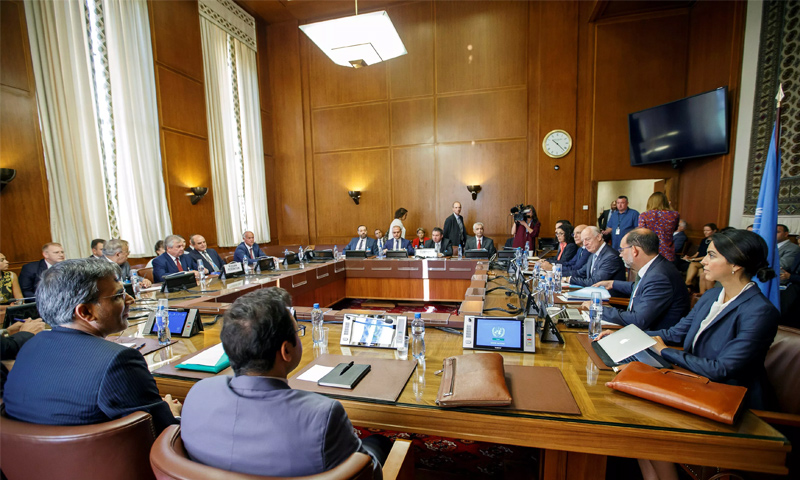 Russia said that the presidency of the Syrian constitutional committee will be shared between the Syrian regime and the opposition.

Deputy Foreign Minister Sergei Vershinin said in an interview with the Russian Sputnik agency on Wednesday, Sept. 25, that two people would head the committee, but did not announce the names.

UN Secretary-General Antonio Guterres said on Monday that the formation of the committee to prepare the constitution in Syria had officially been completed after the Syrian regime and opposition agreed to it, adding that its work would being in the coming months under UN supervision.

According to Enab Baladi’s translation of the Russian TASS agency, the Russian, Turkish and Iranian foreign ministers agreed to facilitate holding the Syrian constitutional committee’s first session in Geneva.

The Syrian regime government’s Foreign Minister Walid al-Mouallem said that the constitutional committee will begin work on Oct. 30. He said in an interview with the Syrian News Channel that this was a “preliminary” date.

The committee’s formation was rejected by Syrian opposition members, given that it is to write a constitution that will be in the shadow of Russian dominance over all major state institutions in Syria, while the (opposition) High Negotiations Committee said that it was a gateway to a solution in Syria in accordance with international resolutions.