Queen of al-Fu’ah and Student of Binnish by Shaaban Abboud is a new book that explore the relationship by two people and the events of the civil war writes Zaman  Al Wasl. 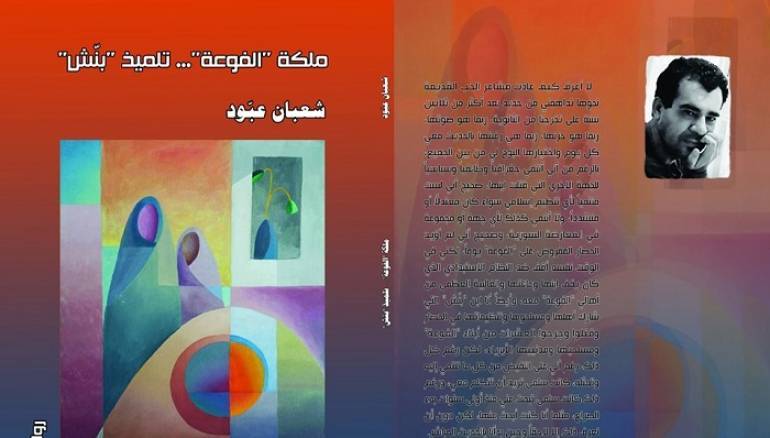 Syrian journalist Shaaban Abboud has published a novel entitled “Queen of al-Fu’ah and Student of Binnish.”

Abboud’s debut novel tells of the Syrian tragedy that took on a sectarian dimension, painting the story of the childish love between two students at a school halfway between the towns of Binnish and al-Fu’ah in northwestern Syria, only to be separated for thirty years.

The events of the novel, which unfold between the Sunni town of Binnish and the Shiite al-Fu’ah, reveal deep human ties between the members of the same community, interrupted by political motives, narrow selfish interests and a tyranny cloaked in religion, surpassed by the ignorance sects.

The author of the novel told Zaman al-Wasl that what happened in Syria “was a historic event and we are still living its effects,” adding that when the people demanded freedom, democracy, and dignity, the Syrian elites had to take the historical and expected position.

Because the press and the media do not usually focus on the human moments, dealing only with the dead as figures and not as stories, tales, hopes and dreams, he wanted to be a narrator of people’s stories, pain and hopes in the shadow of war.

“Queen of al-Fu’ah and Student of Binnish” combines many experiences with dozens of stories the author has heard or read about. However, he said, it was necessary to have a controlled imagination that serves the narrative and literary context.

The characters of the novel are mostly based on real people even if the names differ. Abboud stated that he does not need to resort to the imagined because of the events and hundreds of stories he’s been told.