Syrian businessmen have set up an intervention fund to try and help secure the Syrian pound's exchange rate against the dollar writes Al-Watan. 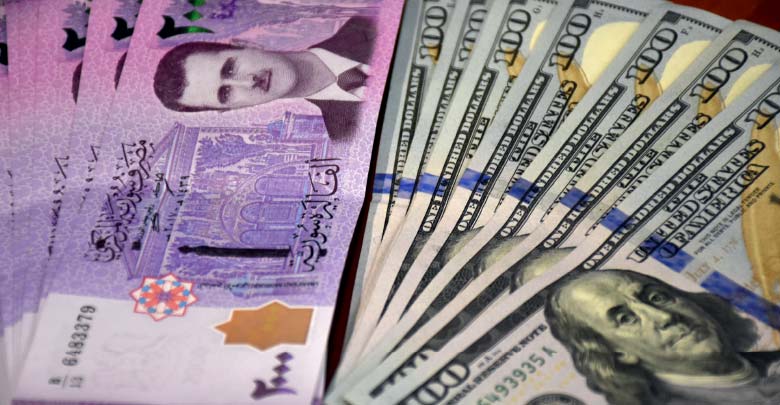 The head of the exports committee in the Damascus Chamber of Commerce, Fayez Qasouma, predicted that there will be a notable decline in the exchange rate of the dollar on the black market soon, as a result of work underway and deposits in the intervention fund by the chamber from today. He said that the amounts of the deposits would be major, in order to influence the exchange rate this week, with an intervention to reduce the dollar’s price on the market from Tuesday—especially given that the matter enjoys the approval of businessmen.

The head of the Syrian Federation of Chambers of Industry, Fares al-Shihabi, said: “We are waiting for an initiative from major businessmen and those holding major contracts, privileges and deals, to not just be content with statements and to try to withdraw a portion of their deposits in foreign banks such as in Lebanon and return them to the country, to reduce the dollar to 400 Syrian pounds or maybe less.”

He noted that with the recent increase in the exchange rate, the Aleppo Chamber of Commerce had launched an initiative to support the Syrian pound by working to stimulate production and work in primarily small and medium workshops, and to support export fairs and to stimulate exports and to stress to manufacturers not to work in dollars except in rare cases when they need to buy primary materials.

He added that, “We call on the government to implement the recommendations of the third industrial conference which includes real advice on how to control the exchange rate.” He expressed surprise that most of these recommendations had not yet been implemented.

The head of the financial and accounting professions union, Zuhair Tinawi, said that activating the private sector initiative to support the Syrian pound required building trust with banks and intervention by the Central Bank, in order to encourage traders and all citizens to deposit dollars instead of speculating by offering a higher interest rate than the ones in neighboring countries and simplifying the deposit and withdrawal process and to reduce the fees imposed on accounts.

He also noted the importance of the chamber intervening in order to stop smuggling, which should have been done previously, as this matter has a very major role in supporting the exchange rate and regulating pricing.