Drone downed over Quneitra, Turkey and US conduct joint patrols, conscription campaign in Raqqa and anti-government protests in Deir ez-Zor. Catch up on everything that happened over the weekend. 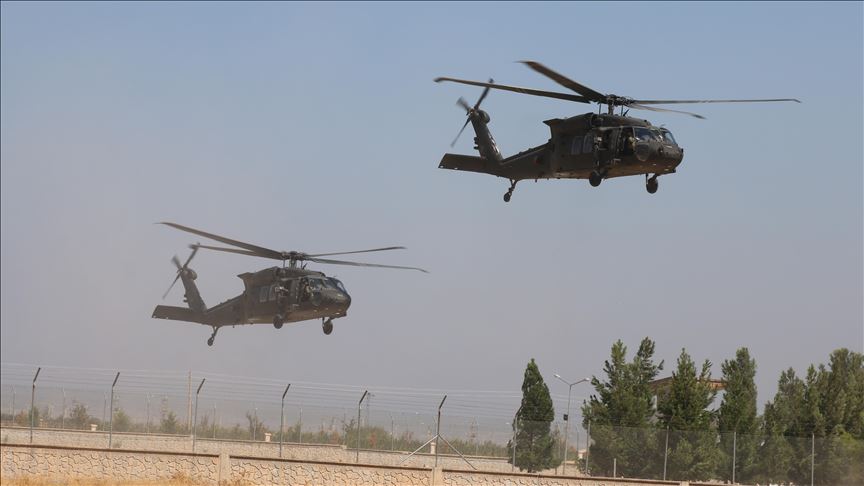 1. Syrian authorities say they dismantled a drone after shooting it down near al-Sheikh Mountain in the northern countryside of Quneitra. A field source told SANA that authorities operating in Quneitra province, and following monitoring operations, shot down a drone over Erneh town on the outskirts of al-Sheikh Mountain in the southwestern countryside of Damascus. The source added that engineering units dismantled the drone, which was loaded with bombs and highly explosive C4.

2. Turkish and US armed forces conducted the sixth round of joint helicopter flights on Saturday for a planned safe zone east of the Euphrates River in northern Syria. According to Anadolu Agency’s correspondents on the ground, two Turkish and two American helicopters took off from Sanliurfa, southeastern Turkey, where the two countries’ armed forces have a joint operations center. They flew over the border and into Syria. According to Turkey’s National Defense Ministry, the joint patrols were conducted as part of an agreement over the planned establishment of a safe zone in northern Syria.

3. The Kurdish Democratic Union militia has launched a major conscription campaign in eastern Raqqa province, arresting tens of men, mostly Arabs, activists said Friday. The mandatory conscription campaign, Zaman al-Wasl reported, was launched on Tuesday by the domestic security of the PYD in the town of Tabqa and neighboring villages. About 30,000 fighters are operating under the command of the Kurdish-led forces. Kurdish militias have been the main partner of the US-led coalition against the Islamic State in Syria, helping drive the jihadists out of eastern Syria in October 2017.

4. Anti-government protesters have captured at least two army checkpoints in the eastern province of Deir ez-Zor. The Syrian Observatory for Human Rights said the protests occurred in government-held areas close to those controlled by US-backed fighters on the eastern bank of the Euphrates River. It said the protests began after Friday prayers. Protesters marched forward and captured two army checkpoints. When they tried to march to the village of Salhiyeh, troops opened fire, killing one person and wounding others. Deir ez-Zor 24, an activist collective, said three people were killed and more than 10 wounded in the protests. It said protesters demanded Syrian troops and Iran-backed militiamen leave the province.